Six decades of style, sophistication and speed: a Learjet retrospective

The early to mid-1960s were arguably aerospace’s most creative age, outside wartime. From the first manned space missions to the genesis of vertical take-off fighters, supersonic transports, and jumbo jets, engineers were dreaming big. The period also saw the birth of the business jet, an invention that fused glamour, security, and time machine for those Tom Wolfe would term the Masters of the Universe in booming corporate America. 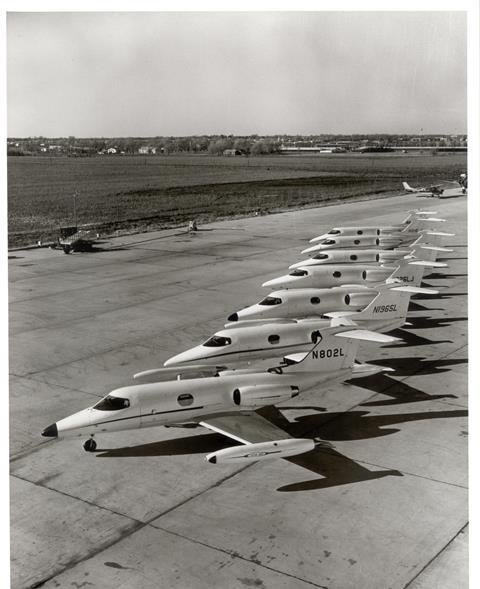 Bill Lear’s Learjet 23 was the only US contender in a trio of types – with France’s Dassault Falcon 20 and the UK’s Hawker Siddeley HS125 – that over a few months between 1962 and 1963 took to the skies to usher an era of fast, comfortable and private transport for those companies and individuals who could afford them. Of all the brands that emerged at the time, Learjet, along with Gulfstream, has perhaps endured longest in the public consciousness and become synonymous with the sector.

However, in February, Bombardier – owner of the Wichita, Kansas-based airframer since 1990 – announced that Learjet production will cease by the end of the year, blaming slow sales in a highly competitive segment.

Although the Canadian company delivered the 3,000th Learjet in 2017, and more than 2,000 examples remain in service, according to Cirium fleets data, annual deliveries of the current 70/75 models have been well below 20 annually for some time. 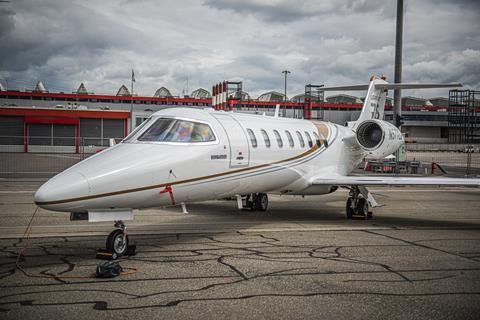 The Learjet 75 is the final variant in production

Bombardier’s wider problems have not helped. Weighed down with debts from the ill-fated CSeries development, the company has been offloading assets and slashing costs to stay afloat. It could little afford to keep a subsidiary that was struggling to make a profit. There have been missteps too specifically with the Learjet brand. Since the scrapping in 2015 of the Learjet 85 – an attempt to bridge the midsize to super-midsize segments – there has been little available for product development.

Today, the Learjet name may command recognition among those who know little about aviation, but it is no longer pre-eminent as one of five brands competing in the broad light jet segment, including several new players that have emerged this century. However, in the 1960s and early 1970s it would have been difficult to overstate the sheer star appeal of the fast and stylish Learjet 23. Frank Sinatra was one of its first customers, and for years it was the favoured mode of transport for Hollywood celebrities.

Born in Hannibal, Missouri in 1902, Bill Lear failed at high school but became a serial entrepreneur and inventor, making money during the Second World War. In 1960, he began working with Swiss-based engineer Dr Hans-Luzius Studer on a business jet version of Studer’s FFA P-16, a supersonic fighter that never entered service. Abandoning plans for a Swiss factory, in 1963 he set up the Lear Jet Corporation in Wichita, home of Cessna and Beechcraft. The Learjet 23 flew in October that year.

Two months later, Flight International approved of the “sleek compactness” of the six- to eight-seat twinjet in a piece headlined “Car comfort, fighter speed”, noting that what it lacked in cabin space compared with other fledgling business aircraft it made up for in pace. The General Electric CJ610-1-powered type featured swept wings and integral wing and tip tanks that gave it a 1,600nm (2,960km) range. We reported that Lear planned to be building 10 Learjet 23s a month by 1964.

In 1967, the Gates Rubber Company acquired a majority stake in the company, although Lear, by now approaching 70, remained on its board until 1969. By the time of the first flight in 1971 of the Garrett FTE731-2-powered Model 25 – later the Learjet 35 – the firm had become Gates Learjet. In 1975, the company delivered its 500th model, going on later that decade to launch the Learjet 28 (a re-winged version of the Learjet 25), and the midsize Model 54/55/56 prototype.

The 1980s witnessed a move into producing parts for the Space Shuttle programme, a short-lived relocation to Tucson, Arizona, and a further acquisition that saw the company revert to the name Learjet Corporation, although its new parent soon filed for bankruptcy. In 1990, Learjet became the latest business to be scooped up by the fast-expanding Canadian combine Bombardier, which had recently bought Canadair and Northern Ireland’s Shorts, and would later add de Havilland.

Flight International reported in July that year that Learjet would remain an autonomous subsidiary of Bombardier, with its management team in place, although the Canadian outfit planned to establish a new flight-test centre for all its products at the Wichita site. Bombardier chairman Laurent Beaudoin said that production of Learjet’s then current models – the 31, 35A and 36A light jets, together with the larger 55C – would continue as “niche” products within the wider Bombardier range. 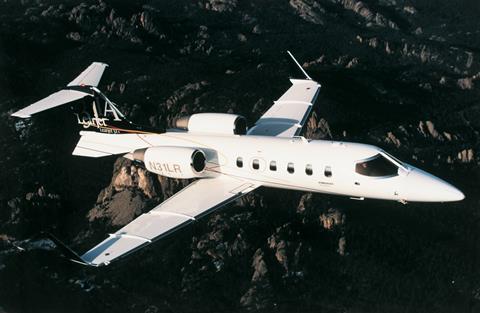 During the 1990s, the Learjet 60 (an evolution of the Learjet 55) and all-new Learjet 45 flew for the first time. Around the time it was preparing to launch the CSeries, a bullish Bombardier also announced in 2007 the all-composite Learjet 85, a hugely ambitious project that involved outsourcing specialist fuselage production to Grob in Germany. The complexity of developing the Learjet 85, together with Bombardier’s growing cash crisis, saw the programme cancelled in 2015. 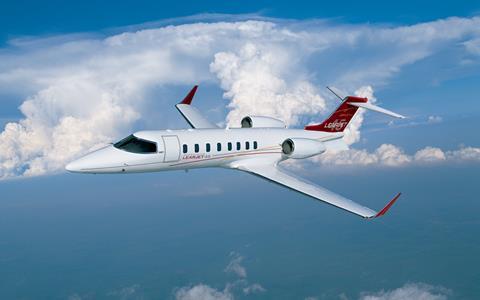 Despite attempts to reinvigorate what had become a one-aircraft range, with the launch of a Learjet 75 Liberty variant in 2019, the move to end production has surprised few industry watchers. “There have been telltale signs leading to this decision for years,” says Brian Foley of consultancy Brian Foley Associates. “There have been no real enhancements to the Learjet line since 2013, when the Learjet 40XR and 45XR were tweaked to make the Learjet 70 and 75.” 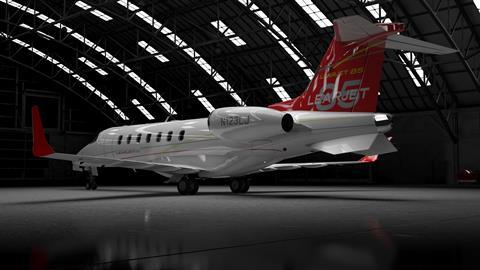 The all-composite Learjet 85 was an ambitious attempt to broaden the range in the 2000s, but it proved a costly failure

Daniel Hall, a senior valuations consultant with Ascend by Cirium, notes that values for the Learjet 70 and 75 have “continued to rapidly depreciate” during the pandemic, although he says that values for the older Learjet 45 and 60 families have “performed quite well”. When it announced it was ending production, Bombardier also said it was launching an upgrade programme for Learjet 40/45s, including new avionics, cabin improvements and updated in-flight connectivity.

Even loyal Learjet customers have accepted the inevitability of the decision. Siegfried Axtmann, chairman of German air ambulance specialist FAI, one of the biggest Learjet operators in Europe with a fleet of 12 Learjet 60s, describes the move as “regrettable but understandable”, and on the cards since the cancellation of the Learjet 85 programme. However, he adds: “The Learjet remains one of the most iconic business aircraft ever. We have enjoyed many successful years with it.”

Other lost brands of business aviation

These are some of the families or types that pioneered new segments or were highly successful in their own right, but are no longer being produced: 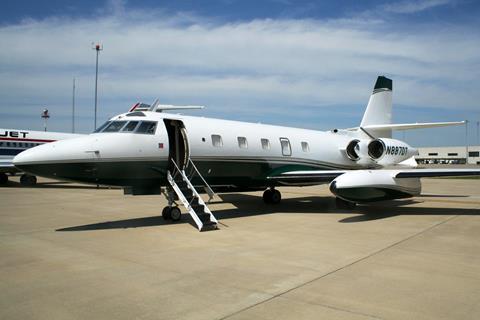 Elvis Presley was among the celebrity owners of a JetStar

While Lockheed Martin remains one of the biggest names in aerospace and defence, Lockheed’s days as a business aviation badge are long over. The Lockheed JetStar was in production from the early 1960s until the late 1970s and some maintain the four-engined, 10-passenger type was the first true business jet. Elvis Presley and Frank Sinatra were among celebrity JetStar owners. 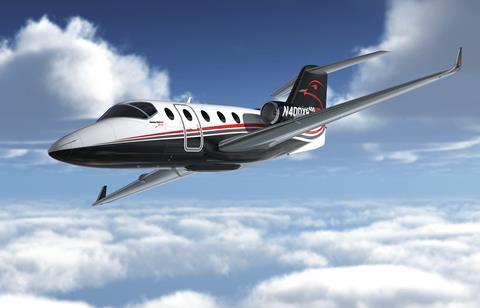 Hawker Siddeley was behind another 1960s-era business jet – the HS125 – which evolved into the Hawker 1000 under Raytheon ownership in the 1990s. The Hawker family – the 400XP and the super-midsize Hawker 4000 – continued to be produced until shortly before Hawker Beechcraft went into Chapter 11 bankruptcy protection in 2012. Textron Aviation bought the Hawker and Beechcraft brands in 2014, but Hawker production was never restarted. 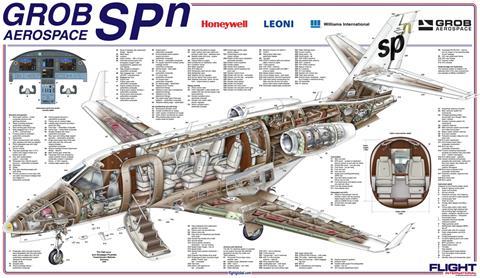 Grob continues as a manufacturer of trainer aircraft, but the Bavarian company briefly dipped its toes into business aviation under then-owner South African entrepreneur Niall Olver. The all-composite Grob SPn, unveiled and flown in 2005, was one of a flurry of light and very-light jets to hit the market in the mid-2000s. As with many of its contemporaries, the programme was cancelled in 2008 when Grob fell into insolvency. Four prototypes were built, but none entered service.

Another start-up from the noughties that failed to survive the financial crisis, Colorado-based Adam Aircraft’s range comprised the A500 piston twin and the A700 very-light jet. Seven A500s – based on an original design by Burt Rutan – entered service, but the A700 never made it to production. 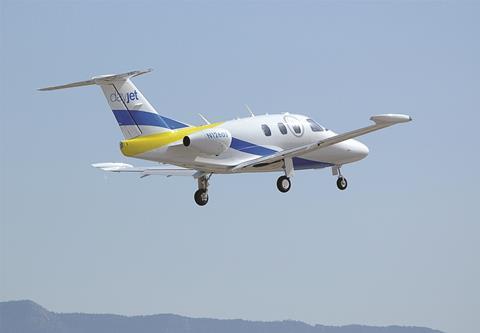 Designed to disrupt the sector with the first volume-produced very-light jet, the Eclipse 500 only saw a small number enter service

If founder Vern Raburn’s vision had come true, the skies would be full of Eclipse 500s and their successors by now. The former Silicon Valley executive planned to mass produce the original very-light jet in the early 2000s, offering them to early adopters for just $2 million a time. Eclipse Aviation failed in 2008, and, although the Eclipse name has survived under successive companies, Raburn’s dream of a brand that would disrupt general aviation came to nothing. 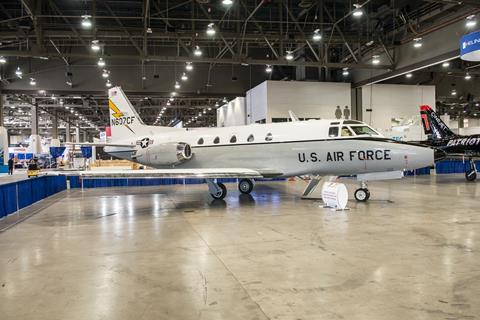 The Sabreliner was sold into both the military and civilian markets

The North American and later Rockwell Sabreliner was a midsize jet developed for both military and business use in the late 1950s. After a number of civilian models, from the Series 40 to the Series 80A, production was halted in 1981.