Following the Scottish vote on independence on 18 September, Flightglobal celebrates 10 contributions the nation has made to the world of aviation. 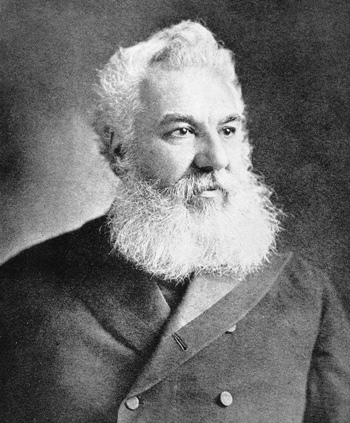 Edinburgh-born Alexander Graham Bell – inventor of the telephone – was also the founder of the Aerial Experiment Association in 1907. The research group’s work led to the development of the aileron and tricycle landing gear. 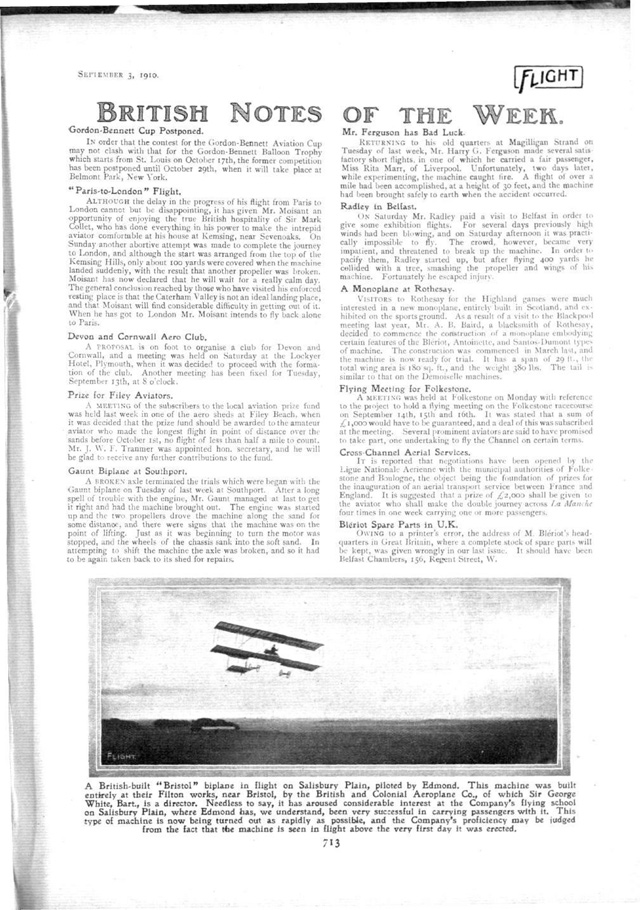 Inspired by Bleriot and Cody, Andrew Baird determined to build his own monoplane in 1909, powered by a 24hp, four-cylinder, air-cooled engine by Alexander Brothers in Edinburgh. The following year, the first Scottish-designed aircraft, with a tubular steel forward frame and triangular wire-braced rear section, flew from Ettrick Bay, with Flight reporting the achievement. Baird’s designs were incorporated into an aircraft designed by Tommy Sopwith and Baird continued to advise other aviation pioneers. 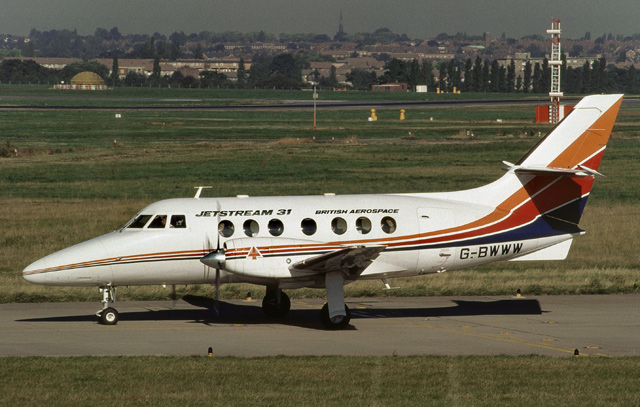 Although developed by England’s Handley Page, Prestwick-based Scottish Aviation took over production of the original Jetstream design. When Scottish Aviation was incorporated into British Aerospace in 1978, it developed the 19-seat Jetstream 31 commuter turboprop, which first flew in 1980. A total of 386 Honeywell TPE331-powered Jetstream 31s and its Jetstream 32 variant were produced before the programme was discontinued in 1993. 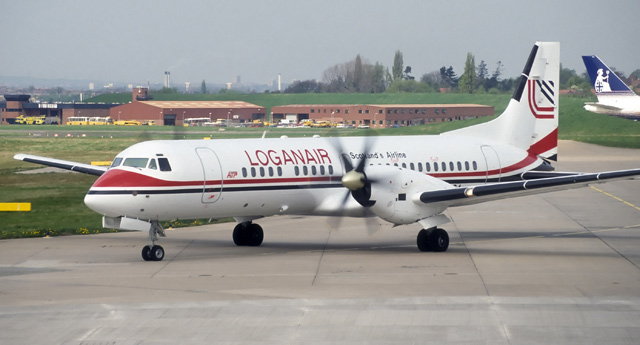 Founded in 1962, “Scotland’s airline” flies services mainly around the highlands and islands on behalf of Flybe, but in recent years has expanded its network to Ireland and the Netherlands. However, it is perhaps most famous for operating flights to Europe’s only beach airport – Barra – using a Twin Otter, and the shortest scheduled air route – Westray to Papa Westray in Orkney, a 2min flight that you can watch from start to finish on YouTube.

The Prestwick-built Pioneer was a short take-off and landing medical evacuation aircraft developed by Scottish Aviation after the Second World War. It first flew in 1947 and entered service in 1950, finally retiring at the end of the 1960s. The UK Royal Air Force used the type extensively for casualty evacuation during several colonial crises in the 1950s and 1960s, including Malaya, Aden and Cyprus. 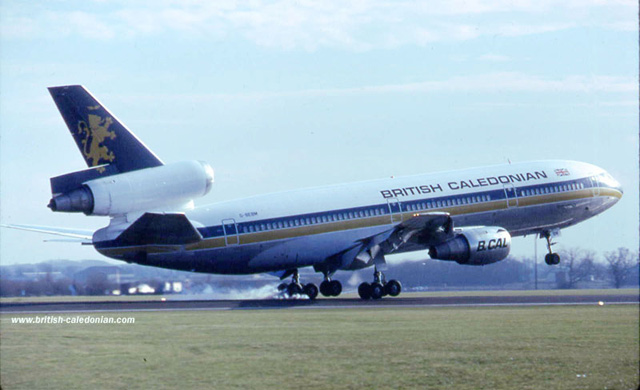 Brits of a certain age will remember the “Caledonian Girls” adverts – based on the Beach Boys Californian Girls – which stressed the airline’s tartan credentials. Although based at Gatwick, British Caledonian was formed in 1970 when Scottish charter airline Caledonian Airways took over British United Airways and was British Airways’ main domestic competitor in the 1970s and early 1980s. BA took the airline over in 1987.

After serving in the Royal Auxilliary Air Force in the 1920s and early 1930s, Scottish aristocrat and MP Douglas Douglas-Hamilton was the chief pilot of the first flight over Mount Everest, in 1933, in an unpressurised Westland PV-3 biplane. The 3h flight by two aircraft, each with two crew, reached nearly 30,000ft and produced what at the time were remarkable aerial pictures of the Himalayas. 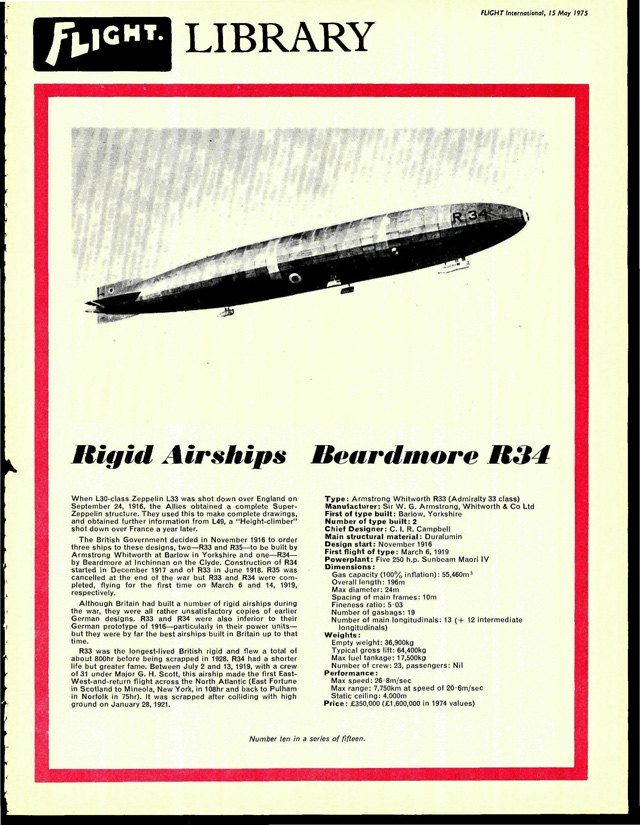 The Clydeside engineering firm built everything from ships to locomotives to cars, but in aviation terms it is for a series of airships, the R32, R34 and R36, that it is best known. The company built and ran the Inchinnan Airship Constructional Station near Glasgow. The R34 became the first aircraft to make an east to west crossing of the Atlantic in 1919, but she was damaged and written off two years later during in a storm.

Dundee-born Lickley joined the Hawker Aircraft design office in Kingston-upon-Thames in 1933 and helped lead the engineering teams that developed the Hurricane, Typhoon, Tempest and Fury during World War Two. Joining Fairey Aviation in 1951, his staff were behind the Delta 2, a supersonic delta-wing experimental aircraft which smashed the world air speed record in 1956 off the Sussex coast. 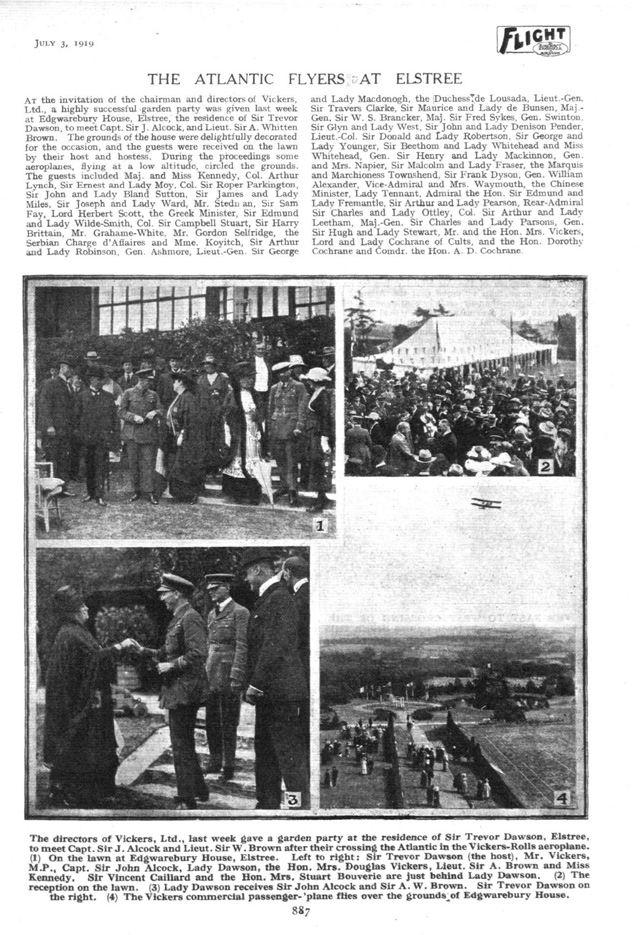 Glasgow-born to American parents, Whitten-Brown was the navigator on the first non-stop transatlantic flight, in 1919, with pilot John Alcock. The flight, on a modified Vickers Vimy bomber, from St John’s, Newfoundland to Clifden in Ireland took place on 14 January 1919. The pair won a £10,000 prize from the Daily Mail newspaper and were knighted by King George V for their efforts.