Airbus Military has ceremonially handed over the A400M tactical transport to the French air force, almost two months after lead aircraft MSN7 arrived at its Orléans air base.

During ceremonies held at the manufacturer’s San Pablo final assembly site in Seville, Spain, and at Orléans on 20 September, the A400M was formally accepted by French defence minister Jean-Yves Le Drian (below) and air force chief of staff Gen Denis Mercier. 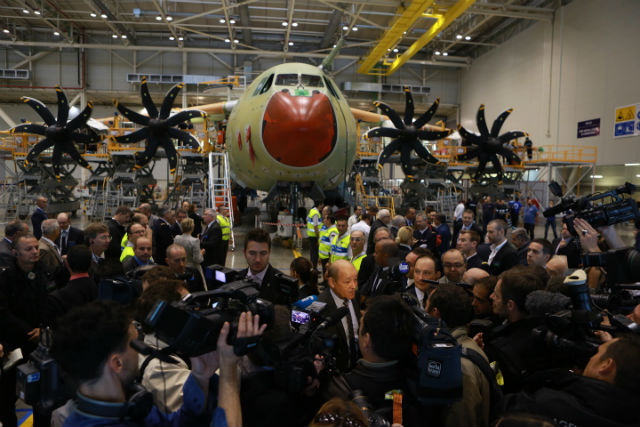 “Alone, none of the countries could have done it, but with the A400M, we play in the top league of world defence,” says Airbus Military president Domingo Ureña-Raso. The company believes that a market exists to sell between 300 and 400 of the turboprop-powered type to international customers, beyond the 174 already on order for seven European launch customers and Malaysia.

“We expect the A400M to be a big success in the export market,” says EADS chief executive Tom Enders. Hailing the delivery milestone, he pointed to the “huge challenge” and lessons learned over the 10 years since a then-fixed-price development and production phase contract was signed in May 2003.

“The A400M saga is rich in lessons for future multinational defence co-operation in Europe,” says Enders. “We must avoid unrealistic schedules and insufficient funding, and requirements which sometimes go beyond what physics can deliver. We must avoid juste retour demands that often do not allow for efficient programme structures and the selection of the best performing, most competent partners and suppliers.” Europe should also strive to establish a single body to conduct military certification activities, he believes, citing the example of the civil European Aviation Safety Agency.

The event in Seville involved "Grizzly" development aircraft MSN3.France’s second production aircraft, MSN8, is expected to be delivered to the customer around mid-October. A third example should follow in late 2013 or early 2014, it adds, with the type to be flown by the 1/61 “Touraine” squadron.

Ten pilots, four co-pilots and eight loadmasters have so far completed their training on the A400M in Seville and Toulouse, France, the French defence ministry says. Some 71 maintainers have also undergone instruction in supporting the type. 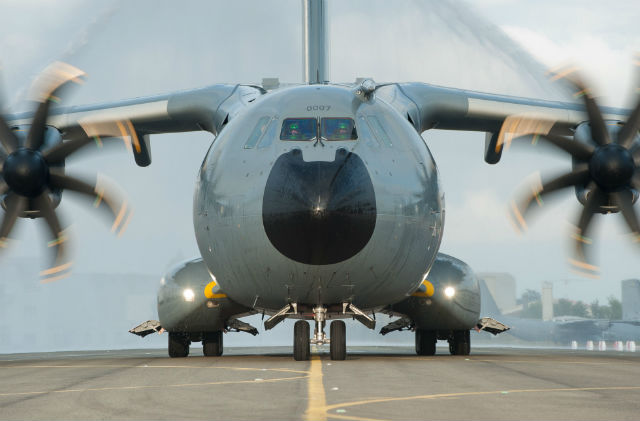 Initial training activities using the A400M will be followed by the French air force achieving a so-called Level 1 operational service-entry standard during 2014. This will include the ability to perform “logistical missions and certain tactical missions, such as landing on rough airfields and cargo dropping”, the defence ministry says.

Meanwhile, Mercier and his German air force counterpart Gen Karl Müllner are due to sign a technical agreement on 30 September covering the bilateral training of air crews and maintainers for their A400Ms. Tactical flying training activities will be conducted from Orléans, while maintenance instruction tasks will be performed at Wunstorf air base under the pact.

France and Germany have placed orders for a combined 103 A400Ms.