France’s defence ministry has launched development work on the next production standard of the Dassault Rafale, designed to deliver aircraft built to the enhanced F4 level from 2025.

In addition, Paris is considering placing a fresh order for the multirole type under an agreement for a fifth tranche of aircraft.

Although light on specifics, the defence ministry says the F4 upgrade will be driven by operational feedback and will include improvements to the Rafale’s networking capabilities and sensors.

In addition, it will take into account the “expected evolution” of missiles and engines, as well as the likely integration of new capabilities.

Jean-Yves Le Drian, the French defence minister, says: “The launch of the F4 standard is essential to bring to our armed forces, by 2025, a system with increased performance as a response to the reality of ever-more-demanding commitments.” 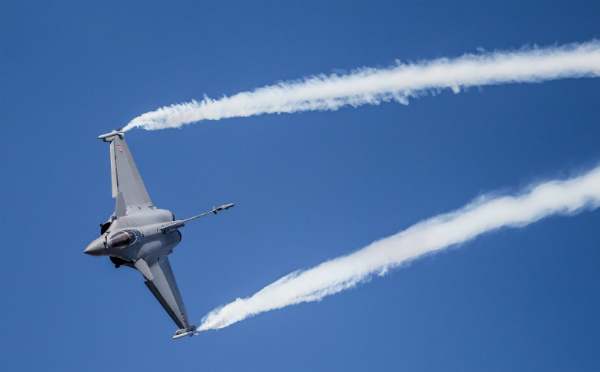 Although some features will be available from 2023, the ministry says, the first aircraft to be fully equipped to the F4 standard will arrive in 2025.

It adds that a decision covering the fifth tranche of production will be made in its next six-year procurement plan, due in 2019.

France has so far ordered 180 Rafales for its air force and navy, but with the progressive retirement of its Mirage 2000s, it will require additional examples to maintain its combat fleet at 225 aircraft.

Dassault chief executive Éric Trappier says: “I am also delighted that the defence ministry underlines the need to continue with acquisition of the Rafale beyond the fourth tranche currently in production, in order primarily to meet the needs of the French air force.”

In a recent interview, Trappier indicated that France could eventually require as many as 100 additional aircraft.

He says the F4 standard will also act as a “launch pad” for future export sales.