France's first Lockheed Martin C-130J was delivered to its Orléans air base on 22 December 2017.

Carrying the service registration 61-PO, the tactical transport is the first of four C-130Js being acquired by Paris. Its second airlifter will be received later this year, while a pair of KC-130J tanker/transports – needed to refuel combat helicopters in-flight – are to follow during 2019.

The first delivery followed the approval of type certification for the new-generation Hercules by France's DGA defence procurement agency, under a procurement approved in January 2016. 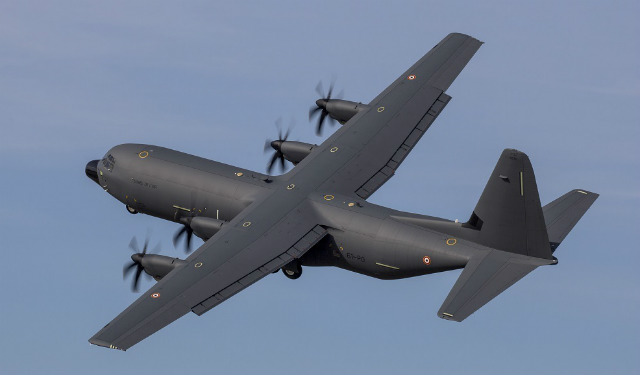 The UK company says the deal will "ensure the delivery of support to the French air force C-130H aircraft to enable improved availability". Its contract – the value of which has not been disclosed – will cover a transition period, "followed by four years of full service delivery, with two additional option periods", it adds.

Flight Fleets Analyzer shows France's legacy Hercules as being aged between 26 and 42 years.