French aerospace laboratory Onera has detailed the scope of windtunnel trials it has been performing to validate changes to the in-flight refuelling system on the Airbus Defence & Space A400M.

Contracted by the manufacturer earlier this year, Onera used its facility in Mauzac, near Toulouse, to conduct the studies of a new hose and drogue configuration designed to permit helicopter refuelling from the airlifter.

Earlier flight tests had demonstrated that the intended 24m (80ft) hose was unstable due to the vortices generated by the need to deploy the A400M’s spoilers to achieve the low speeds required of around 108-130kt (200-240km/h), Onera says. 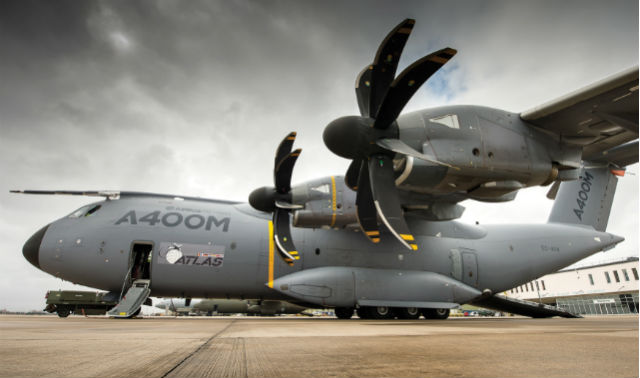 Using a scale model of the A400M, Onera engineers successfully recreated the unstable air flow in the windtunnel, allowing accurate measurement of the vortices downstream of the wing, it says.

It subsequently trialled a 36.5m hose and drogue configuration in its low-speed F1 windtunnel, with what Onera describes as “conclusive” results.

Airbus will conduct flight tests later this year to further validate Onera’s findings, the laboratory says, before deciding on its next steps.

The lack of in-flight helicopter refuelling capability has caused problems for several of the A400M’s customers, with France having already bought two Lockheed Martin KC-130J tankers to perform the mission instead, while Germany is thought to be considering a similar acquisition.