Airbus Helicopters has delivered to the German army the last of 12 Tiger UHT support helicopters upgraded to the ASGARD standard for deployment to Afghanistan.

The final enhanced Tiger was handed over to the service's 36th Combat Helicopter Regiment during a 6 March ceremony at Airbus Helicopters' Donauwörth, Germany production facility.

It completes the third batch of four helicopters to be modified under the ASGARD programme launched in 2011. Upgrades include the installation of sand filters to the type's MTR390 engines, additional ballistic protection and enhanced communication equipment. 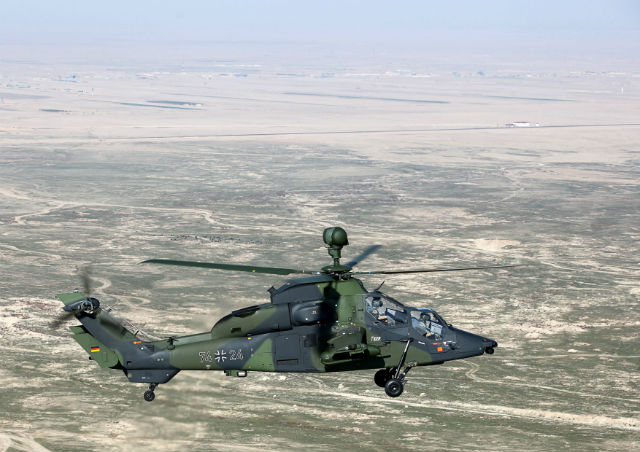 To date, ASGARD-standard Tigers have accumulated well over 1,000h in German military service.

Flightglobal's MiliCAS database records the service as operating 26 Tigers, with a further 30 on order.