French investigators have been able to extract audio data from the cockpit-voice recorder retrieved from the crashed Germanwings Airbus A320.

But the inquiry has not analysed the information to the extent necessary to offer clues over the circumstances of the 24 March accident.

But he adds that some audio from the ill-fated A320 has been extracted “which is usable”.

“We know it pertains to this particular flight,” he says. “But it is still too early to draw any conclusions. 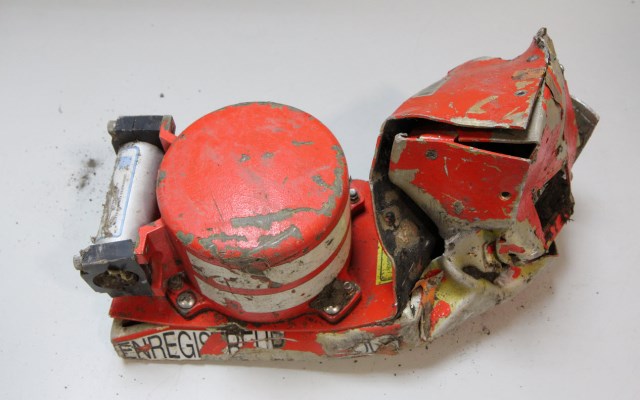 “Work will have to be undertaken to interpret the sounds correctly.”

He could not immediately indicate the duration of the audio available to the investigation.

Jouty says the last communication was “routine”, relating to authorisation to proceed along the assigned route.

Around 1min later the aircraft commenced a descent – at a rate of some 3,000-3,500ft/min – which lasted around 10min. The final recorded altitude was a little over 6,000ft, adds Jouty.

“We are not in a position to give the slightest explanation as to why the aircraft began to descend,” he says.

Recovery personnel have yet to retrieve the flight-data recorder from the aircraft which came down near Barcelonnette while operating a service to Dusseldorf.