Helibras has completed the first stage of laboratory work aimed at integrating the MBDA AM39 Exocet anti-ship missile onto the Airbus Helicopters H225M rotorcraft it is building for the Brazilian navy.

During three weeks of testing by the Airbus Helicopters subsidiary, the team completed several simulated missile launches, it says.

The phase is designed to verify the link between the missile launchers and the naval mission system installed in the rotorcraft, to test different modes of operation and validate flight-test instrumentation. 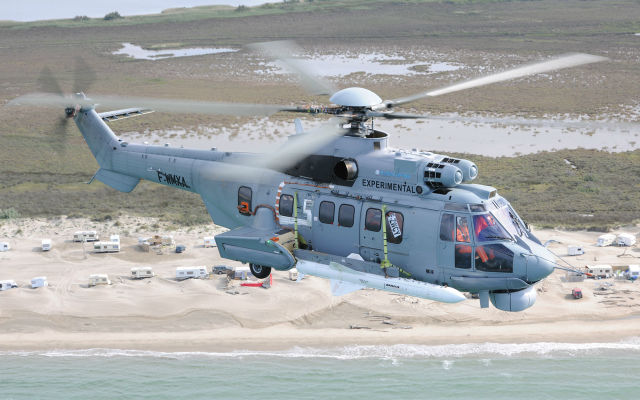 Sorties with the munitions installed will be performed in early 2016, it says. Activities are being co-ordinated by Helibras from its Itajuba engineering centre, in co-operation with Airbus Defence & Space, Airbus Helicopters, Embraer subsidiary Atech and MBDA.

The mission system for the 16 helicopters destined for the Brazilian navy has been developed in Brazil by Helibras.

So far the service has received seven examples of the 11t rotorcraft, with the army and air force each having taken delivery of five helicopters from their respective orders for 16, records Flightglobal’s Fleets Analyzer database. An additional two aircraft for the latter service are operated in a VVIP transport configuration.