Airbus Defence & Space says its A400M tactical transport has cleared a key test point on its way to securing approval to refuel military helicopters in flight.

During four test flights, the company’s hose and drogue refuelling pod-equipped “Grizzly 4” airframe made 51 so-called dry contacts with an Airbus Helicopters H225M, without transferring fuel. The activity was conducted at altitudes of 1,000-10,000ft, and speeds as low as 105kt (195km/h). 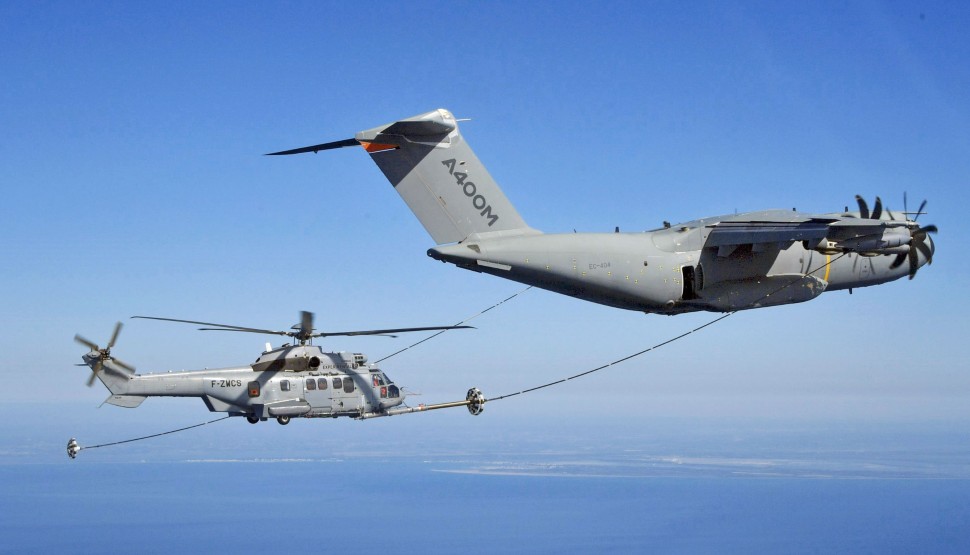 According to Airbus, the A400M’s success marks “a decisive milestone towards its full capability as a tanker”. 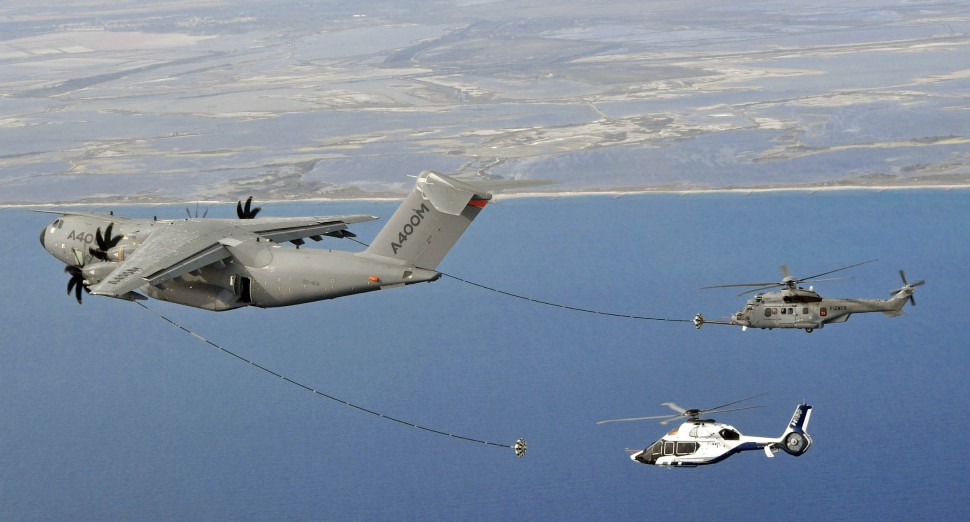 The recent trials followed proximity flights involving an H225M performed earlier this year, and previous tests that had identified stability issues when operating the type behind the A400M’s wing. Airbus has developed a longer, thinner and stiffer refuelling hose to address the initial shortcoming.

“The next step in the flight-test programme will involve wet contact operations scheduled to take place before the end of 2019, ahead of final certification in 2021,” Airbus says.