Airbus Helicopters maintains it is addressing a number of persistent criticisms levelled at the Tiger attack rotorcraft by its Australian customer, despite the likely early retirement of the platform from the nation’s inventory.

In fact, so confident is the manufacturer in the improvements it is bringing to bear on the Tiger, it believes the platform can be offered as a replacement for the current fleet.

Australia has been unequivocal, however: in February, the country’s defence white paper and accompanying investment plan for the period up to 2026 indicated its Tiger armed reconnaissance helicopters (ARH) would be phased out in the mid-2020s, to be replaced by “manned or unmanned systems or a combination of both".

Canberra operates 22 Tigers dating from a 2001 order, but the platform has frequently been the subject of pointed criticism. 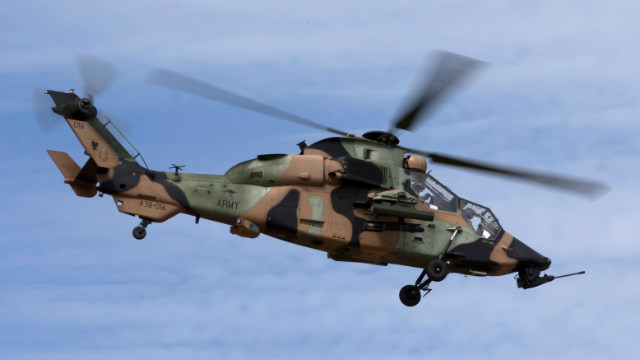 “The Tiger has had a troubled history – essential upgrades are programmed to maintain the capability’s effectiveness,” the spending plan noted.

However, Tony Fraser, chief executive of Airbus Helicopters Australia Pacific, says enormous progress has been made since 2014.

“What it’s showing, in particular over the last 18 months or so, is a significant increase in availability and army support for the aircraft,” he says.

The company's focus is on supporting the Australian army, to allow it “to fly and fight with the Tiger for the next 10-12 years,” he adds. “After all, if Australia needs armed reconnaissance or attack helicopters on operations, it’s the Tiger that’s going to war.”

One issue alluded to in the spending document is the Tiger’s poor networking capability, via its Eurogrid datalink.

But, says Fraser, that is now “in the process of being addressed” through co-operation between the Australian Department of Defence and industry. “Collectively we are working through this,” he notes.

A number of options are available, including the integration of an Elbit Systems battle-management system onto a number of aircraft.

Additional trials – including a recent multiservice exercise involving fixed-wing assets and ground forces – have highlighted the potential for the Eurogrid system, when run through a translator, to successfully feed into a Link 16-based network.

In addition to digital integration with other ‘blue force’ assets, the eventual objective is to include manned/unmanned teaming capability.

Fraser also points to the improvements in aircraft availability and cost of ownership as a sign the Tiger is maturing.

Although he admits there is “still work to do”, over the last two years cost per flight hour has been reduced by a “massive” 30% and flight rates have also increased, by 20% year-on-year over the 2014-2016 period.

Despite the challenges, Fraser believes the overall improvements made to the programme stand the company in good stead.

“Our focus is on current capability but as a company we would still seek to compete, and compete a form of Tiger, for whatever is going to occur,” he says.

In the short term, Canberra has committed to spending A$500-750 million ($368-552 million) as part of a 10-year programme of as-yet undefined capability enhancements to the Tiger. It is likely these will include upgrades to the helicopter’s digital systems, in order to keep pace with technological developments.

Dialogue is also being maintained with the three other Tiger customers – France, Germany and Spain – over other potential future upgrades.

However, Fraser notes any decision regarding Australian participation in the so-called “Tiger Mark III”, being proposed by Airbus Helicopters and other nations, would rest with the defence department.