Airbus Helicopters is confident that it has identified the root cause of the main gearbox (MGB) failure behind the fatal 2016 crash of an H225 in Norway.

All 13 occupants of the heavy-twin (LN-OJF) died in the incident after the main rotor separated from the aircraft at 2,000ft as it approached Bergen on the country's west coast. 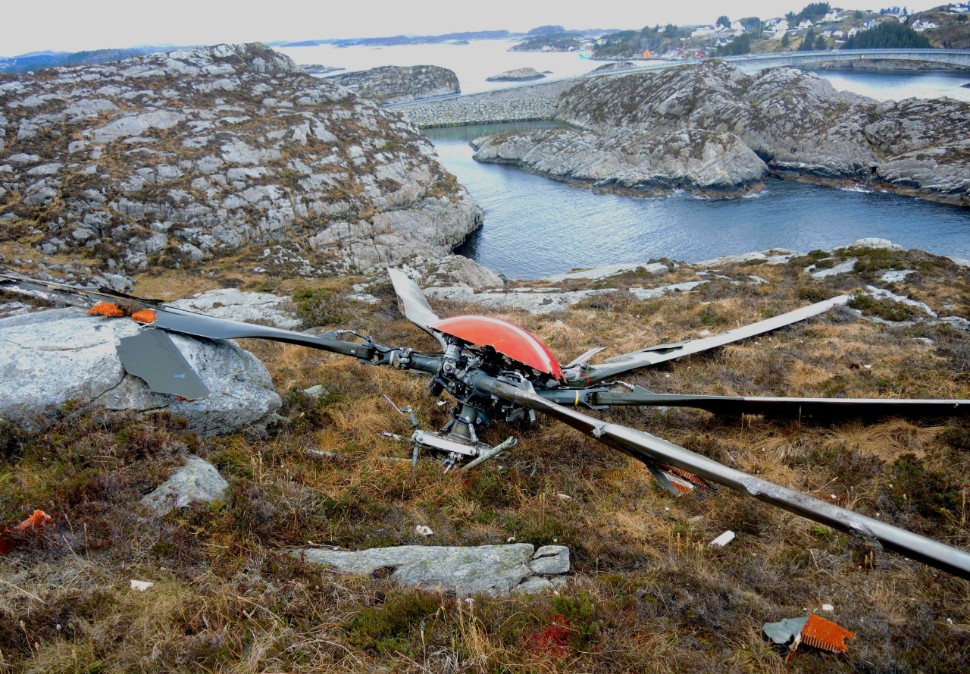 In its final report in July 2018, Norwegian investigators determined that a second-stage planet gear in the MGB's epicyclic module had failed due to sub-surface cracking and fracture of a bearing race. However, they were unable to say what had triggered the event.

"The investigation has shown that the combination of material properties, surface treatment, design, operational loading environment and debris gave rise to a failure mode which was not previously anticipated or assessed," the report says.

But the airframer has continued its own analysis of the event, says H225 programme director Michel Macia, leading to identification of the root cause and a successful replication of the failure in testing. That work has been externally validated, he says.

Findings from that effort were subsequently shared with Norway's SHT accident investigation body, regulators including the European Union Aviation Safety Agency, and other manufacturers, says Macia.

"Everyone now knows that the root cause is understood and has been reproduced," says Macia.

Although he declines to detail the failure, he says the safety barriers put in place to enable the H225 to return to service deal with the underlying issue.

These measures include a heightened inspection regime, shorter life limits on components and – significantly – the exclusion of one of the two different bearing designs used on the helicopter.

The H225 and the related AS332 L2 were grounded for four months following the crash, and although both are now cleared for service, they have yet to be brought back to operation in the North Sea region for offshore transport.

While that is largely due to overcapacity in the sector, there remains significant opposition from the oil and gas workforce to the H225.

But Airbus Helicopters chief executive Bruno Even still believes the rotorcraft can make a comeback in the North Sea and says the aircraft needs "time" to achieve acceptance.

"We are doing all that we are able to do, but in the end, it is the customer who has to decide.

"There is a strong dynamic in the market and that convinces me that we are doing the right thing," says Even, pointing to continued H225 sales – particularly of the military variant – and an ongoing effort to "repurpose" former offshore-roled examples.

"The success of the repurposing is an incredible demonstration of versatility unparalleled in the heavy helicopter segment," says Even.

Of the 130 helicopters affected, 51 are contracted for new roles – predominantly as utility aircraft – while a further 40 are "in plan", says Macia.

The UK Civil Aviation Authority says its position on the H225 has not changed and it has yet to receive an application from an operator to resume H225 passenger flights in the country.