Airbus Helicopters has pitched a design based on its high-speed X3 technology for a US Army programme to deliver a new armed scout rotorcraft in the mid-2020s.

The move, revealed by chief executive Bruno Even, will see the European manufacturer attempt to break the stranglehold of US airframers on the army's Future Vertical Lift effort.

But in parallel, the army is also seeking to restore the capability lost when it retired its fleet of Bell OH-58 Kiowa Warriors earlier this decade.

Under that initiative – the Future Attack Reconnaissance Aircraft (FARA) – an initial six designs will be selected by mid-year, potentially opening the door for renewed European interest in the market for high-speed military helicopters.

Even says the manufacturer has proposed an aircraft "based on the technology that we have developed" and matured on the X3.

The X3 was a self-funded demonstration effort earlier this decade that saw the compound helicopter taken to a speed of 255kt (472km/h) before the prototype was retired in 2014.

Since then, Airbus Helicopters has become involved in an EU-backed programme to demonstrate the next generation of high-speed civil rotorcraft, building on the X3 with its Racer design. 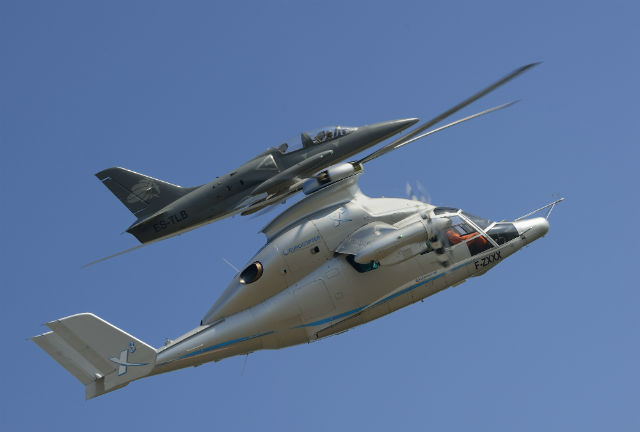 However, the manufacturer has not previously indicated any military application for the technology and seemed destined to be locked out of potentially the biggest market for high-speed helicopters.

But Even says there is "not so much difference between civil and military" uses for the X3-based design.

"As long as we are maturing and showing that we master the technology, there is no reason not to be able to address the military market," he says.

Scott Tumpak, head of governmental programs and contracts at US subsidiary Airbus Helicopters Inc, confirms that the manufacturer submitted its proposal for the initial design phase in December.

Tumpak declines to offer detail on its submission, but notes that just as Racer offers one path to a commercial product, "you could also envisage a path to evolve that [X3] technology for the military mission as well".

Although the army is only calling for a cruise speed of around 180kt, Tumpak says a high-speed design will still be required: "Conventional rotorcraft are limited when you get to that speed," he says.

The US Army's schedule for FARA calls for a further downselect to take place in March 2020, cutting the field to two designs; these prototypes will then face a competitive fly-off in 2023. A formal programme of record is expected in 2024.

Airbus Helicopters faces competition from Bell, a combined L3 Technologies-AVX Aircraft bid and Sikorsky, among others.