A Royal Australian Navy-operated Sikorsky/Lockheed Martin MH-60R has made its debut appearance at an Avalon air show near Melbourne.

Although US Navy examples visited the show during a Lockheed-led campaign to sell the type to Canberra, this is the first time the "Romeo" is appearing in Royal Australian Navy livery. 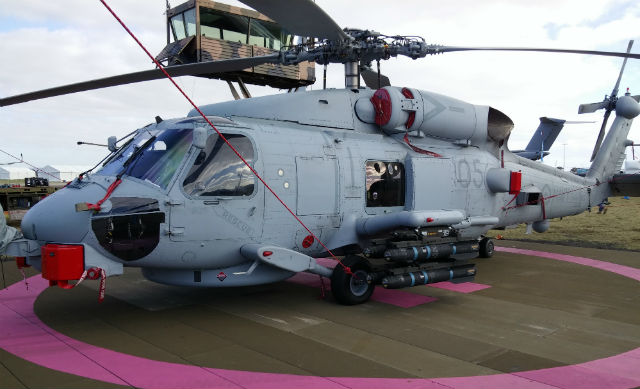 In 2011 Canberra ordered 24 MH-60Rs, of which it has so far taken delivery of four examples.

Australian crews have been training with the MH-60R in Jacksonville, Florida, and will start bringing the type aboard Australian warships later this year, pending the declaration of initial operational capability.

The new-generation rotorcraft will replace the navy's legacy fleet of S-70B Seahawks. Flightglobal's Ascend Fleets database records 16 of these as being in current active use.