Bell has been granted a US patent for a vertical take-off and landing aircraft featuring a pair of tilting ducted fans, as well as the cross-flow fan system the manufacturer first revealed on its FCX-001 concept aircraft.

Submitted in August 2016, the design shows the two lift fans supported by the forward fuselage. These will be tiltable as the aircraft takes off vertically and then switches to forward flight.

In the aft section of the aircraft, Bell has specified the use of a cross-flow fan. Several versions are contained within the application, featuring both single and double units, as well as one use of a tail-mounted ducted fan. 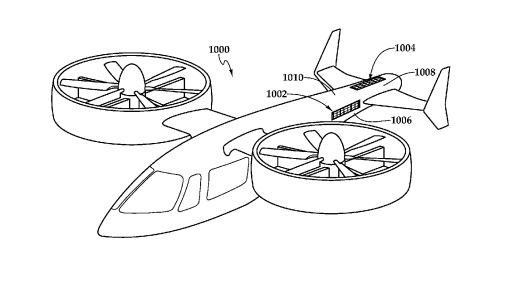 Used in the single top-mounted configuration, the cross-flow fan will be able to provide pitch control during vertical take-offs, landings and transitions.

But in the second design, that configuration is supplemented by a second side-mounted fan that will also be able to provide yaw control, says the application, which was approved on 23 October.

Bell has been working on its design for an electrically powered VTOL air taxi, but has yet to release details of its architecture.