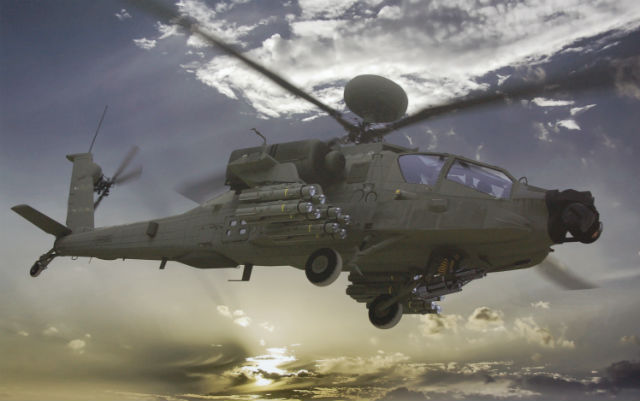 Displayed for the first time at the Defence and Security Equipment International (DSEI) exhibition in London, the concept builds on the existing dual-mode Brimstone, which is currently being used by the Royal Air Force’s Panavia Tornado GR4s to attack Islamic State targets in Iraq. An image of a potential combination shows a Boeing AH-64E Apache carrying a maximum load of 16 of the precision-strike weapons.

Currently equipped with a dual-mode seeker, Brimstone provides a “proven capability against fast and agile land and maritime threats”, MBDA says. The company cites a combat effectiveness of greater than 98% in Afghanistan and Libya in marketing material shown on its DSEI stand. 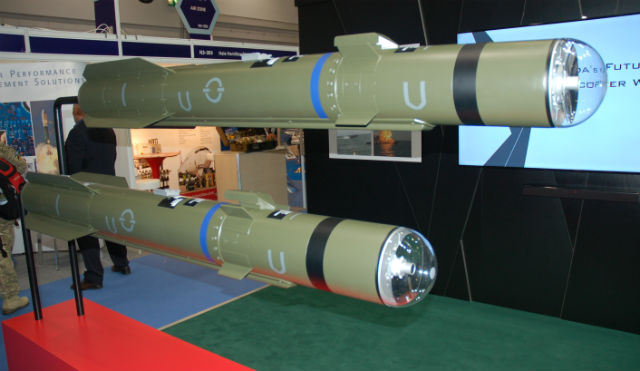 MBDA has, however, gone further than simply painting the Brimstone green in a bid to engage with the Army Air Corps. It has employed two former Apache pilots to help develop concepts of operation and had a cockpit simulator for the attack helicopter at the show, to help demonstrate its weapon system.

Details of potential adaptations to the Brimstone design for helicopter carriage have not been disclosed, but the company is planning to perform a flight demonstration using an Apache later this decade. A production-standard missile would, however, be likely to benefit from investments in an insensitive warhead and motor, which are being made ahead of the Brimstone 2’s integration with the RAF’s Eurofighter Typhoon later this decade.

While the UK has yet to define the future direction of its attack helicopter force, the army is intent on fielding the latest AH-64E version of the Apache. The service currently flies a national-specific AH1 variant of the AH-64D, but plans to have these replaced or remanufactured to the US Army’s latest Block III standard.