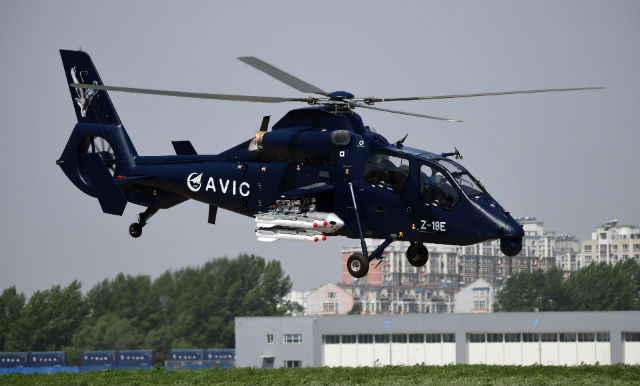 The Z-19E is the export variant of the Z-19 attack helicopter, in service with China's People's Liberation Army Air Force.

"It is able to be deployed for battlefield support and a variety of other missions in a complicated battlefield environment during both day and night," says Li Shengwei, deputy chief designer of AVIC Harbin Aircraft Industry.

The Z-19E features stub wings, each with two hardpoints. The helicopter lacks a cannon integrated with the fuslage, but can carry a gun pod on one the hardpoints.