Russian Helicopters says six aircraft from New Delhi’s initial batch of nine Ka-31s – which were ordered from Moscow in 2004 – “needed comprehensive repairs before their first scheduled overhaul”. This process has involved shipping them to its facilities in Kumertau, where the Indian aircraft had been completed more than a decade ago.

Announcing the development on 6 May, it says: “The first two have been returned to India for continued operation. The remaining helicopters are due to be delivered in the near future.” 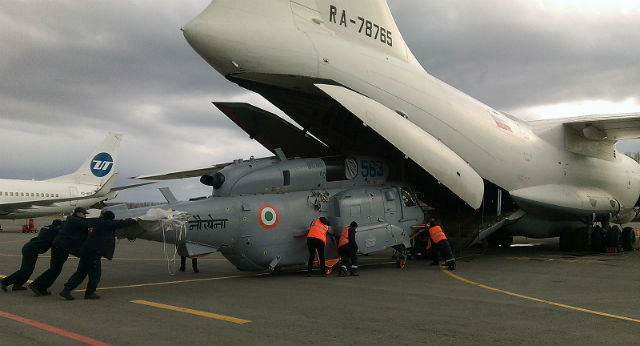 Images released by the company show one of the Indian aircraft being loaded onto an Ilyushin Il-76 transport. Flightglobal’s Ascend Fleets database records the rotorcraft – registered as IN563 – as having been built in 2003.

India also acquired five additional Ka-31s in a second batch approved in 2009. Ascend records these as having been delivered in 2013. Its navy also operates 14 Ka-28s in the anti-submarine warfare role, with another four of the type (below) on order. 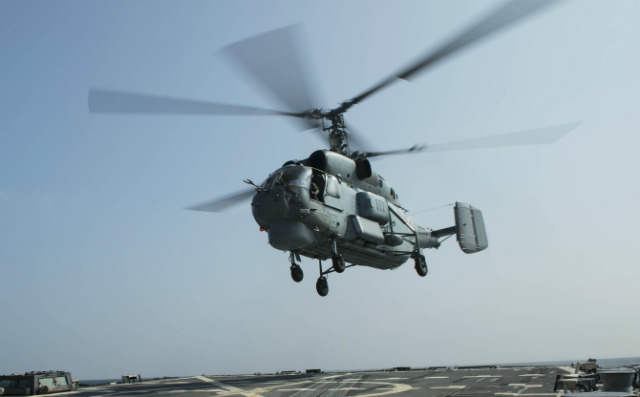 The coaxial-rotor Ka-31 acts as a radar picket for the navy’s surface fleet, detecting and identifying airborne and maritime threats from long range using its deployable, rotating radar array, which is installed beneath the aircraft’s fuselage.

Routine maintenance activities are performed on the Indian fleet at a dedicated service centre in Goa, according to Russian Helicopters.