France is considering the acquisition of an undisclosed number of special forces-roled Boeing CH-47 Chinook heavy-lift helicopters for its air force.

Although the French military operates extensive numbers of Airbus Helicopters H225M Caracal and NH Industries NH90 Caiman rotorcraft – both in the 11t class – the country's deployment in Mali has been augmented by three Royal Air Force Chinooks. 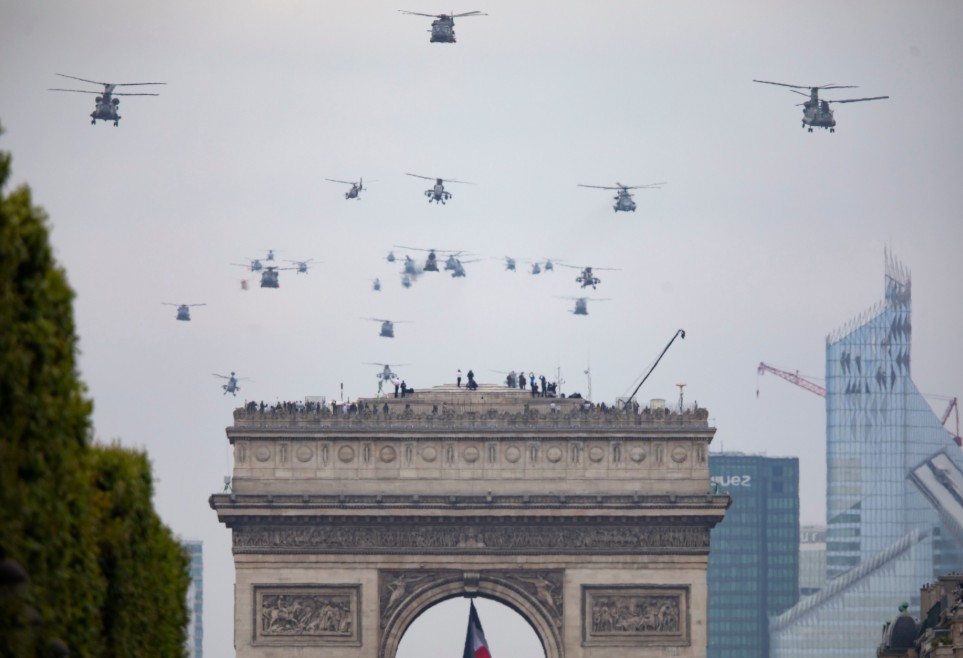 That RAF presence was recently renewed for at least six months, and a pair of the tandem-rotor type from the UK also participated in a Paris fly-past as part of the Bastille Day celebrations on 14 July.

In press information relating to the event, France's special forces command says: "The air force is actively studying the acquisition of [CH-47s] for the French special forces. They would complete the current range of helicopters."

Parts of the French military have long been keen on acquiring a heavy-lift capability. During the late 2000s Paris was engaged in a joint effort with Germany under the Future Transport Helicopter programme.

That saw the Eurocopter – the predecessor to Airbus Helicopters – teaming with Boeing to propose a tandem-rotor design like the Chinook but with a higher maximum take-off weight of 33t. However, the project was discontinued.

Germany is presently in the early stages of acquiring a new platform to replace its aged fleet of Sikorsky CH-53G/GA/GS heavy-lift rotorcraft, and will make a choice between the CH-53K and the CH-47F.

With Berlin and Paris already agreeing to pool certain assets – notably Lockheed Martin C-130s – there has been speculation that a similar arrangement could be struck relating to whichever rotorcraft Germany selects.