France has selected the Airbus Helicopters H160 as the basis for its tri-service light rotorcraft replacement programme, a major coup for the developmental medium twin.

Speaking during a visit to the manufacturer’s Marignane facility in the south of the country, French defence minister Jean-Yves Le Drian said that deliveries under the hélicoptère interarmées léger (HIL) effort would start in around 2024.

Le Drian says that between 160 and 190 aircraft would be required under HIL, which seeks to replace a number of ageing types across all three French services. 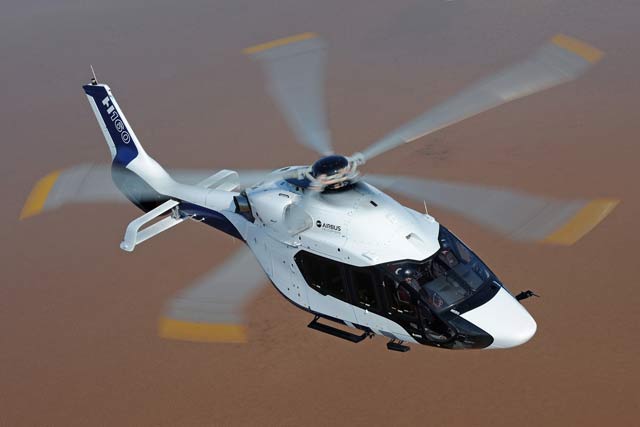 These include the navy’s Aérospatiale Alouette IIIs, multirole AS365 Dauphin and AS565 Panthers, the air force’s AS555 Fennec light attack rotorcraft and SA330 Pumas; and the Puma transports and SA341/342 Gazelles used in the reconnaissance and light attack role by the army, plus its Fennec trainers – a total of around 420 aircraft, according to Flight Fleets Analyzer.

Development work on the H160 has focused on civil missions, with Airbus Helicopters indicating that it would only look at a military variant at some undefined point in the future.

The manufacturer will shortly start discussing the H160's detailed performance figures with customers, including the crucial maximum take-off weight. Previously it has only given the specification as 5.5t- to 6t. Service entry is scheduled for 2019.