Germany is working to progressively bring its Airbus Helicopters Tigers back into service after a safety issue forced their grounding on 2 August.

Berlin's decision to suspend flight of the army's attack helicopter fleet was based on information from the airframer that certain titanium bolts in "safety critical" areas could suffer from a manufacturing defect. 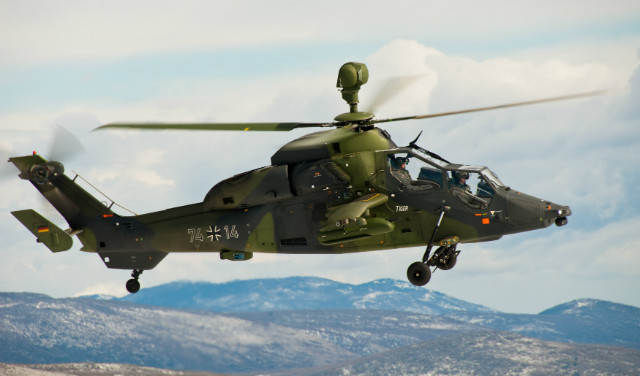 An air safety committee determined on 8 August that the entire 56-strong active fleet should be checked and affected bolts replaced.

The helicopters to have undergone the examination process have now been returned to service, with the remainder to follow over the coming weeks.

However, the German army has no timeline for their full return to service. Checks and replacement of the fastenings can take up to 4h per helicopter, it says.

Similar bolts installed in non-safety-critical areas on the Tiger and NH Industries NH90 will be replaced as part of routine maintenance, says the Bundeswehr.

The issue is not thought to affect the aircraft of other Tiger operators Australia, France and Spain.