Greece has signed a revised contract with NH Industries (NHI) that will enable the nation’s army to receive a final six of 20 NH90 troop transport helicopters, including a pair in a new special forces configuration.

NHI has not specified the equipment that will be installed on the “special operations” helicopters, but stresses that they are different from the Standard 2 NH90s being developed to perform a similar role for the French army. Deliveries under the updated agreement will begin in 2022. 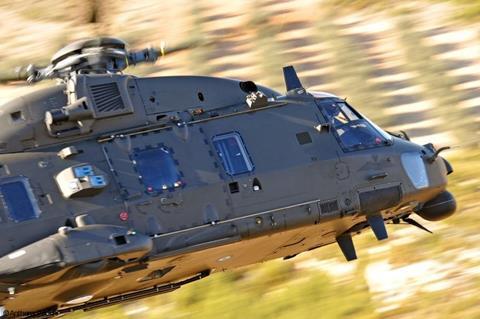 Athens has ordered a total of 20 NH90s

In addition, the contract modification will enable four NH90s delivered to Athens in an intermediate standard to be upgraded to a full operational configuration (FOC).

Also included is a framework agreement that will enable the creation of an in-service support facility in Greece – a provision absent from previous contracts.

Services and support have long been a source of friction for all NH90 operators, which NHI is now attempting to address.

In 2020 the company – a consortium comprising Airbus Helicopters, Leonardo Helicopters and Fokker – launched a “transformation plan” designed to improve the availability of the global NH90 fleet. 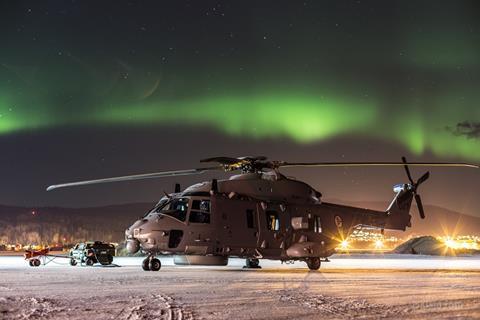 NHI is working to increase availability of Norwegian fleet

Availability issues were at the heart of Norway’s recent decision to seek a leased alternative to its naval NH90s for coastguard operations, allowing Oslo to dedicate its fleet to anti-submarine warfare operations.

While declining to address the Norwegian plan, NHI says it is working with its customer to increase fleet uptime.

So far, Norway has received 11 of 14 NH90s, with the final three helicopters to be handed over from June this year. Deliveries were scheduled to begin in March 2020, but were pushed back at Oslo’s behest.

“This one-year postponement has seen the implementation of an agreed way forward to accommodate many additional requests from the Norwegian customer,” says NHI.

Additionally, retrofit activities on six examples, raising them to the FOC standard, are under way at the manufacturer’s Tessera plant near Venice.

NHI says it is also addressing the availability of spare parts for Norway and is setting up a local main gearbox repair capability. “Further discussions are already ongoing to extend such local repair capability also to [the] tail gearbox and other key items”, it says.