Handed over at a ceremony held at the airframer’s Vergiate production line in northern Italy, the medium-twin will form part of a 24-strong fleet of AW169Ms: six with skids and 18 with wheeled landing gear, the initial example of which arrived in 2019. 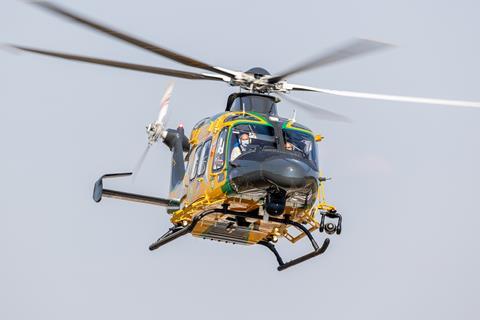 Deliveries are scheduled to run until 2024, Leonardo Helicopters says, and will complement a fleet of 20 AW139 intermediate-twins.

The AW169Ms are used for a variety of missions, including maritime patrol, customs and border monitoring, law enforcement, search and rescue (SAR), and other security duties.

Italy is a major customer for the military M-model variant of the 4.8t AW169, with the type also operated by its army and Carabinieri.