H225 orders a cause for concern, but H160 offers lift for Airbus Helicopters

Relatively strong order intake in previous years should see Airbus Helicopters maintain output levels over the next 12 months, delaying the impact of 2020’s 20% fall in bookings for one or two years, according to the airframer’s chief executive.

Presenting the manufacturer’s order and delivery totals on 26 January, Bruno Even described 2020 as a “year of resilience and a year of contrast”, during which gross orders slid to 289 – down from 369 the previous year – and deliveries fell by around 10%, to 300 from 332 in 2019. 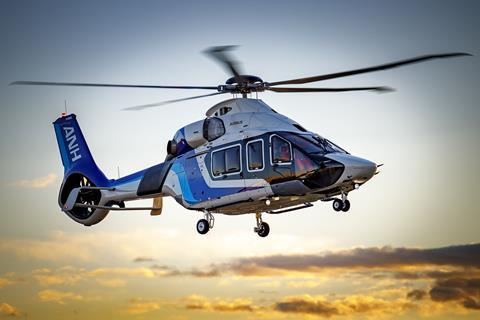 Even says the expectation is that 2021 “will be at the same level as 2020”, adding: “If there is an impact from the lower level of bookings, I expect the beginning of the impact in 2022.”

The impact could be keenly felt at its Marignane production site in France, “which could start to suffer from the lower level of Super Puma orders”.

Airbus Helicopters took commitments for just four of the heavy-twins last year – H225s for several Japanese customers – a sharp fall on the 29 units it booked in 2019.

But the airframer had been counting on an order for eight H225M Caracals for the French air force – part of France’s Plan Aero stimulus package for the country’s aerospace industry that was announced in June.

Even still, he anticipates that commitment materialising this year, stressing its importance to the manufacturer and its suppliers. In the longer term, he remains confident “about the H225 in the military and civil markets”, but notes the pandemic’s effect of “shifting contracts or confirmation of orders”.

Paris has also delayed confirmation of a 10-unit deal for H160s for the Gendarmerie Nationale, leading to fewer orders than expected for the new medium-twin.

“It is not at all disappointing; we had 11 confirmed in the context of the Covid crisis,” he says, pointing out that it is “recovering market share versus the competition” with the H160, which offers a “strong alternative”.

The H160 faces a formidable rival though in the form of the Leonardo Helicopters AW139, which holds a stranglehold on the medium-weight class. 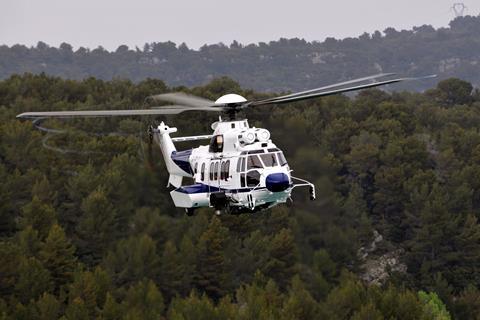 Nonetheless, the H160 could be in for a bumper 2021: in addition to the order for the Gendarmerie Nationale, and one from Spain’s Guardia Civil, the French defence ministry should finalise an agreement for the H160M Guepard, a requirement totalling up to 169 helicopters spread across all three services.

On top of which, the H160 should enter service this year once US approval is secured, following on from European certification in 2020.

While orders for the German-built H135 and H145 light-twins held up reasonably well last year – falling by 19.5% and 7.5%, respectively – its light-single helicopters saw bigger declines.

Based on previous financial crises and the impact on tourism operators and private owners that performance was largely expected, says Even.

Only one model failed to register any orders in 2020, with the H175 potentially in negative territory due to probable order swaps from Milestone Aviation and Heli-Union.

However, Even says he is still “very optimistic for the future of this programme” based on its performance in North Sea oil and gas operations.

The continued decline in the oil and gas market that has hit sales of the H175 has also left Airbus Helicopters dealing with a large stockpile of used H225s returned by offshore transport firms.

However, it has managed to repurpose 76 out of 118 helicopters, it says.