Airbus Helicopters appears no closer to a return to service of its embattled H225, although group chief executive Tom Enders acknowledges that “progress” is being made with European regulators.

Speaking on a half-year results call on 27 July, Enders said the performance of its helicopter division was “still very much impacted” by the 29 April crash of an H225 in Norway in which 13 people were killed.

Investigations are continuing, he says, as the “root cause is still not clearly identified”.

However, he says the company is making “good progress” with EASA towards understanding how soon the H225 and AS332 L2 fleets might be returned to flight.

“We are engaged in discussions with EASA to see when we can release the Super Puma fleet again. We want to get out of this situation as quickly as possible,” Enders says, noting that about 80% of the fleet remains grounded.

Airbus Helicopters says talks with EASA are key to lifting the grounding, but declines to comment on any timeline for that to be achieved.

Norwegian accident investigators believe that metal fatigue in a second-stage planet gear in the H225’s epicyclic module was responsible for the crash near Turøy on the country’s west coast. 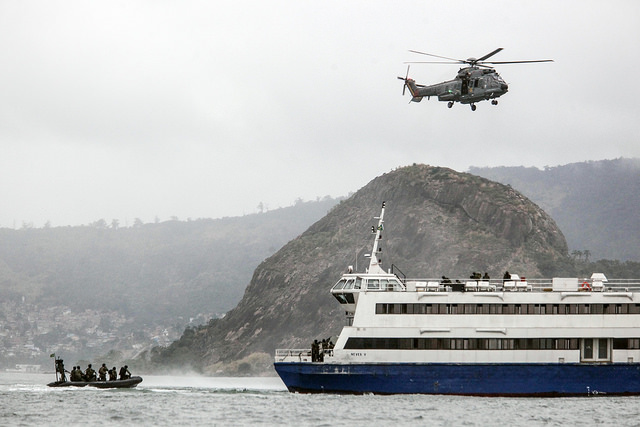 Although EASA’s safety directive grounding the H225 and AS332 L2 covers only the civil variants of the heavy twins, some military operators have also removed their Caracals from service.

However, Brazil, which had at the start of June grounded the H225Ms operated by its air force, army, and navy, is now progressively returning the helicopters to flight after “receiving modifications” to the main gearbox, says the nation’s defence ministry.

Airbus Helicopters is replacing certain epicyclic modules installed in the affected helicopters. A safety information notice issued at the end of June says that “as a precautionary measure” it will “maintain only one of the two types of epicyclic module second stage planet gears in service.”

The retained component shows “an increased damage tolerance”, a “lower load level on the external race of the planet gear bearing” and “enhanced reliability” in service, the notice says.

Deliveries of the 11t-class helicopter have inevitably been hit by the grounding, but have also been affected by the collapse of the oil and gas market.

Harald Wilhelm, Airbus Group chief financial officer, says that 11 fewer Super Pumas were delivered in the first half of 2016 against the same period a year earlier.

No precise numbers are available, but in early 2016 Airbus Helicopters chief executive Guillaume Faury indicated that it planned to hand over 20-25 of the type this year.

Although Enders points out that the oil and gas market is “completely down”, he notes that Airbus Helicopters is not alone in feeling the pain. “Completely down means there has not been booked a single order worldwide by any helicopter manufacturer in the medium-heavy segment for oil and gas business.

“This is how much down it is. From here on there can only be an upside,” he says.

That is largely accounted for by the change in order mix, with light helicopters from the Ecureuil family representing more than half – 67 units ­– of the order intake.

The overall civil and para-public market “looks pretty awful”, Enders says, but he points out that Airbus Helicopters has gained market share, which “clearly demonstrates our very competitive product portfolio”.