Talks with GE on the latest application for the powerplant began in October 2018, says NGCTR programme manager Andrea Artioli.

He says the engines will each be in the 2,000shp (1,490kW) class and identifies the CT7's "scaleability" as a key reason for its selection.

Leonardo Helicopters already uses the 2,000shp-rated -2E1 variant of the engine on its AW189 super-medium-twin.

Although the manufacturer had not confirmed it, previous indications had suggested that it would opt to use the Pratt & Whitney Canada PT6A on the platform. Leonardo's developmental AW609 tiltrotor is fitted with twin PT6C-67As. 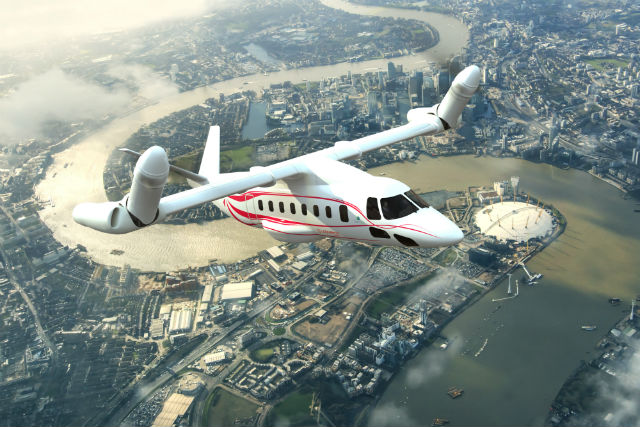 Due to fly in 2023, the NGCTR technology demonstrator is designed to prove a number of innovations that Leonardo or its partners are developing for the application.

These include a new semi-tilting nacelle, V-tail, composite wings and advanced cockpit and control system.

Although there are a number of set goals under Clean Sky 2's high-speed rotorcraft workstream, Leonardo sees the work as a means to eventually offering a "family" of tiltrotors, including the AW609. If launched, a production version of the NGCTR would debut in around 2030-2035.

Selection of the CT7 for the technology demonstration phase does not mean that it will be used in any eventual commercial programme, however.