Leonardo has launched a new effort to pitch its AW149 medium-twin to military customers, displaying the type at the heart of its exhibit at the 10-13 September DSEI show in London.

Describing the rotorcraft as “an ideal candidate to replace legacy platforms”, Leonardo says it could be applied across a variety of roles, including troop transport, combat search and rescue and medical evacuation, and used in support of special forces operations. 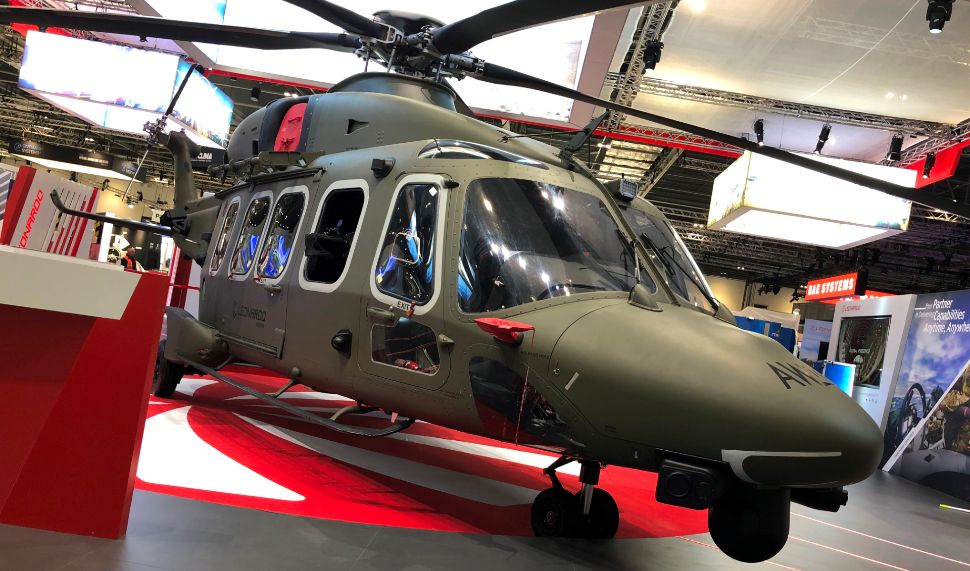 Suggested weapon candidates for an armed version include anti-tank missiles, rockets and gun pods, along with door-mounted machine guns.

“Multiple international delegations” viewed the type at the show, says Leonardo Helicopters UK managing director Geoff Munday. In a bid to further boost interest in the design, Leonardo will base an AW149 at its Yeovil production site in Somerset, and host flight demonstrations for potential future buyers.

The company says it is promoting the model “to customers around the world which are considering replacing their fleets of ageing multi-mission helicopters”, and adds that “it could be an ideal solution for the UK”.

A future requirement exists to acquire a successor type for use in place of the Royal Air Force’s upgraded Airbus Helicopters Puma HC2 transports.

Leonardo notes that a baseline military version of the commercial AW189-derived AW149 has already secured certification from Italy’s Armaero armaments directorate, and has been supplied to the export market. Cirium fleets data records the Royal Thai Army as being the model’s only current user, having received five examples.

Separately, the company has been awarded a demonstration-phase contract to conduct flight trials involving its AW159 Wildcat and Hero rotary-wing unmanned air system for the UK Ministry of Defence.