Named Osprey, the multi-role design uses new technology, and also draws on elements of the formerly Finmeccanica unit’s Seaspray series of maritime search radars and its air-to-air and air-to-ground surveillance sensors, says Brendan Nolan, vice-president sales, radar and advanced targeting. The company claims it is the first system of its type to offer full spherical coverage with no moving parts. 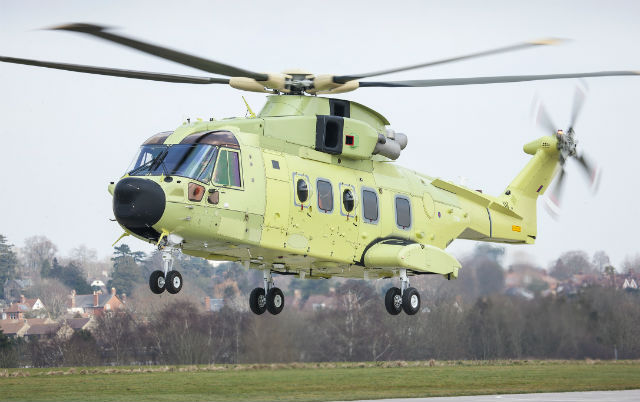 Launched in London on 3 May, the Osprey system has already been flown on the first AgustaWestland AW101 on order for the Norwegian search and rescue helicopter (NAWSARH) programme. This configuration uses three AESA arrays – in the nose and in the rear of each of the aircraft’s main landing gear sponsons (below) – to provide 360˚ coverage. 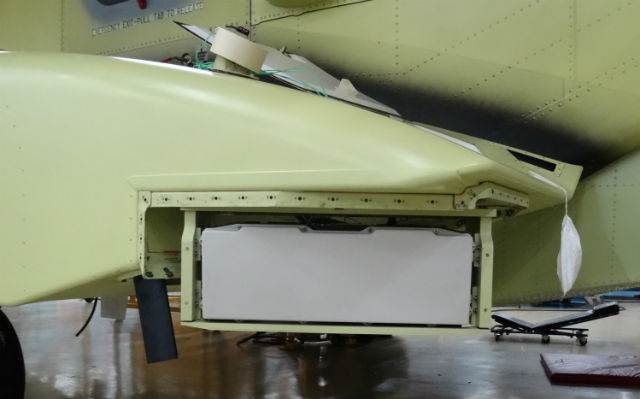 Nolan says benefits of the NAWSARH configuration including removing the need to install the radar beneath the belly of the helicopter, where it could be damaged, for example by obscured rocks while landing in snow. Oslo’s first AW101 made its flight debut this year, with 16 on order for the Royal Norwegian Air Force, plus six options. 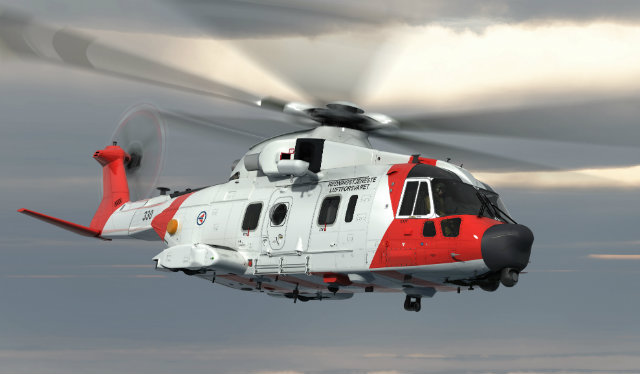 Pointing to the company’s experience in producing AESA radars for more than a decade, Nolan notes: “the technology has advanced a little bit more, and we saw the gap in the market to develop a newer, ‘big brother’ of the Seaspray.” The manufacturer has spent more than three years working on the new product, meaning it was capable of exceeding the requirements of the Norwegian customer, he adds.

Nolan says the three-panel configuration has been involved in flight-testing for around six months using a company-owned light aircraft, and the same version has been ordered by two US customers for use on fixed-wing platforms. Both selections remain the subject of non-disclosure agreements but he confirms they respectively involve an operator and a prime contractor which is looking to offer Osprey with an undisclosed platform type.

Leonardo is also in discussion with another US operator about a possible twin-panel configuration for a rotorcraft, and Nolan says a decision is anticipated within the next four to six weeks.

Osprey uses a common processor and algorithms from the company’s Vixen air-to-air fire-control radar and PicoSAR battlefield surveillance payload, to deliver a “true multi-mode” capability, Nolan says. It could also potentially be scaled up for longer-range performance from a larger fixed-wing platform, using up to four arrays, and a one-panel system could be suitable for integration with unmanned air vehicles.

“This product gives another dimension to our portfolio,” says Nolan, who adds Osprey is already in early production. “It’s ready to go,” he adds, noting multiple software updates will be made as the system evolves.