The company has put out a call for suppliers in Australia that can help with components and aerostructures, repair work, logistics, and engineering management tools. 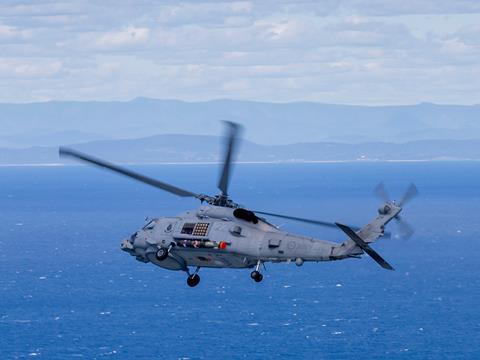 An MH60R of the Royal Australian Navy.

“In partnership with [the Department of Defence] and defence industry, Lockheed Martin and our subsidiary, Sikorsky Australia, have been sustaining rotary-wing assets with excellence for the Commonwealth of Australia for over 30 years,” says Warren McDonald, chief executive of Lockheed Martin Australia.

“We are committed to working with like-minded Australian industry partners to grow our existing rotary-wing sovereign sustainment supply chain to reinforce Australia’s industrial self-reliance and ensure cost-effective solutions for our [Department of Defence].”

To facilitate its outreach effort, Lockheed Martin Australia has created what it calls the Australian Industry Capability Network Gateway, which is open for expressions of interest until 30 June 2023.

In addition, the US government has cleared the potential sale of 40 UH-60Ms to Australia for up to $1.95 billion.

In December 2021, Canberra said that it intended to buy the UH-60Ms to replace legacy S-70 Black Hawks as well as its NH Industries NH90s (locally designated MRH90 Taipan), which have been plagued with reliability issues.

According to the company, TADS/PNVS “provides pilots with long-range, precision engagement and pilotage capabilities for safe flight during day, night and adverse weather missions.”