Manila has confirmed an intention to order 15 additional Sikorsky S-70i utility helicopters, as part of a total requirement for 55 new rotorcraft.

President Rodrigo Duterte has cleared the plan for the 15 rotorcraft, but the order is contingent on negotiations with Sikorsky and securing funding in the Philippines’ 2022 budget, says cabinet secretary Karlo Nograles. 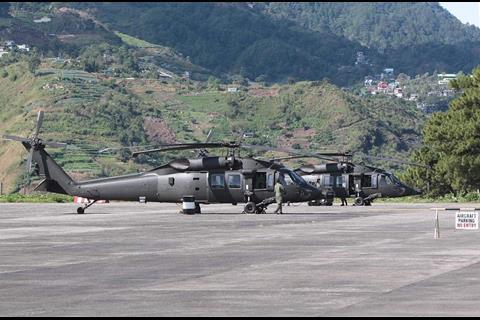 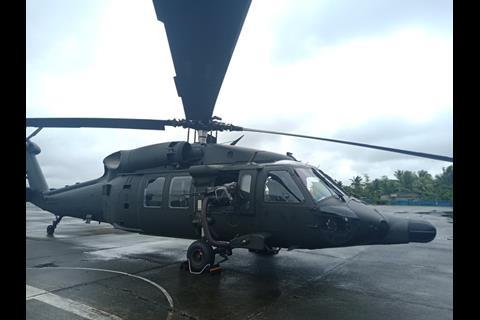 An S-70i Black Hawk of the Philippine Air Force 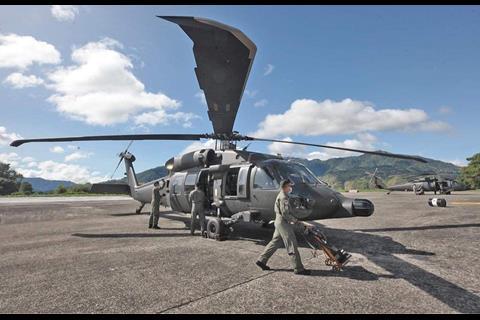 An S-70i Black Hawk of the Philippine Air Force

Nograles announced the planned acquisition during an online media engagement with journalists. Overall, he said, the military has identified a need for 70 new helicopters, but budgetary constraints have forced Manila to reduce the requirement by 15, to 55.

Given that Duterte’s term ends in 2022, and he has only one budget left, it was decided to order 15, leaving the possibility of follow-on acquisitions to subsequent administrations.

“We cannot afford 55, although the necessity is higher than that,” he says. “So we are settling with 15.”

Nograles’s statement follows remarks by defence secretary Delfin Lorenzana in December 2020, in which he said that 16 additional S-70is would be sought.

Manila has already gone some way to meeting the 55-helicopter goal, with a 2019 order for 16 S-70is procured on a direct commercial sales basis, and produced in Poland by Lockheed Martin unit PZL Mielec. Deliveries from this order started in late 2020.

“We have a heli-lift capability need of 55 helicopters to cover over 7,000 islands with a total land area of 300,000 square kilometres,” says Nograles.

“The Department of National Defense in fact says that we actually require a total of 70 helicopters. And while the president initially agreed to acquiring 55 new helicopters, that number has been managed and reduced to 15 owing to the challenges that we currently face.”

“The president wants to end all these tragic deaths,” he says. “Our servicemen and their families deserve better.”