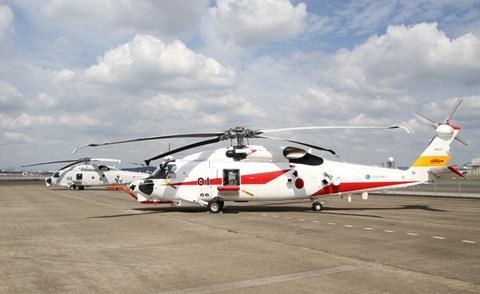 Separately, ATLA says the two rotorcraft will operate testing flights from the country’s Atsugi air base.

“The state-of-the-art helicopter, which has been improved in its capabilities, made its first flight in May this year and has been steadily conducting various confirmation tests,” adds MHI.

A designation for the upgraded version of the SH-60K has yet to be given.