Fresh pictures have emerged of the two naval variants of the Harbin Z-20 helicopter, highlighting the Chinese type’s similarity to the Sikorsky S-70 family.

Images posted on Chinese social media show the Z-20F anti-submarine warfare (ASW) version, and what appears to be a naval utility variant, apparently designated the Z-20J. 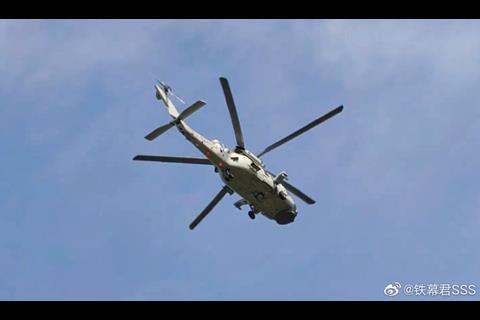 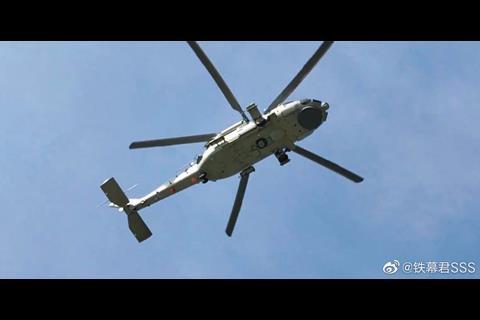 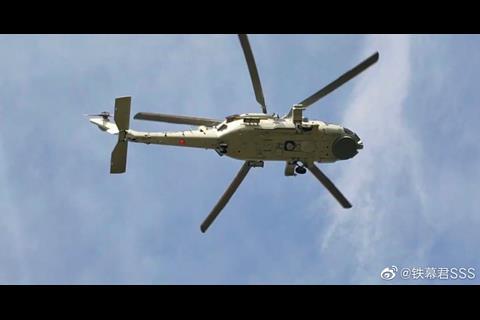 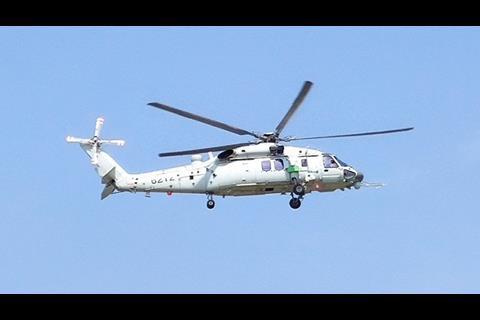 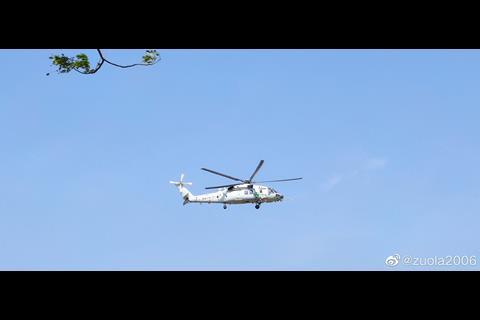 ASW is seen as a key weakness for Beijing. In line with the explosive growth of the People’s Liberation Army Navy fleet in recent years, China has worked to shore up its ASW capabilities, notably with the development of the Z-20F and the Shaanxi Y-8Q – an ASW version of the ubiquitous Y-8 tactical transport.

The ASW-roled Z-20F bears a close resemblance to the US Navy’s (USN’s) MH-60R, including a chin-mounted surface search radar, stub-wings for weapons and other equipment, as well as an electro-optical/infrared (EO/IR) sensor mounted in front of the cockpit.

The Z-20J, which presumably would function in a transport/utility role similar to the MH-60S, lacks the radar, EO/IR sensor, and stub wings.

Similar to their USN counterparts, both rotorcraft have the tailwheel mounted at the base of the tail, to facilitate handling aboard ships. The baseline Z-20 used by the People’s Liberation Army (PLA) has its tailwheel located at the end of the tail boom.

Both the Z-20F and Z-20J are still in development. The baseline Z-20 has entered service with the PLA, and made its public debut during the 1 October 2019 military parade in Beijing.

The Z-20 family’s appearance could be related to Beijing’s former usage of the S-70. It received a small fleet of the Sikorsky type in the 1980s, prior to the arms embargo that followed the 1991 Tiananmen Square massacre.

The PLA's Z-20 was featured in a recent CCTV report

At the time of the 2019 parade, a report in the official China Daily newspaper cited an official at airframer AVIC as saying that the Z-20 would have a number of roles, including with the army and navy.

One unique feature the official mentioned was the Z-20’s fly-by-wire controls. This is rare on Western helicopters, with only the NH Industries NH90 and the considerably bigger Sikorsky CH-53K King Stallion adopting the technology.