Norway is making progress with the introduction of the NH Industries NH90 NFH maritime helicopter for anti-submarine warfare (ASW) missions, having taken delivery of the first aircraft in August last year.

Although the Royal Norwegian Air Force previously operated the Westland Lynx from its navy’s frigate fleet, these were not deployed in an ASW capacity. 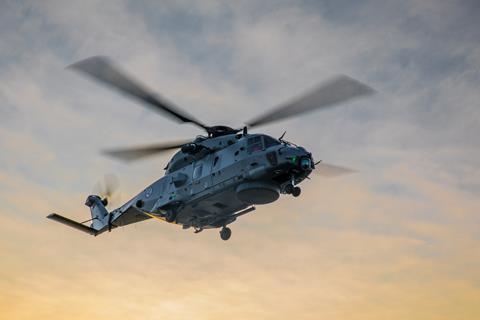 Lacking experience in such operations, especially use of a dipping sonar, the air force has had to turn to Australia-headquartered Nova Systems to help it deliver the new capability, including the development of tactics, training and processes, says Simon Sparkes, chief operating officer of the company’s Norwegian arm.

Nova began working on the €15 million ($16.6 million) contract last month and is providing a team of operators, engineers and software specialists; Sparkes himself is a former UK Royal Navy pilot with 30 years of experience on the Leonardo Helicopters AW101 Merlin and Westland Sea King.

Nova is providing on-site support to the air force at a purpose-built helicopter operating facility at Haakonsvern naval base in Bergen, and its team will also deploy aboard Norway’s Fridtjof Nansen-class frigates to deliver direct support for operational development activities.

“It’s about accelerating the process of getting those aircraft into service properly and dealing with a very strong threat from the North Cape with the Russians round the corner,” says Sparkes. 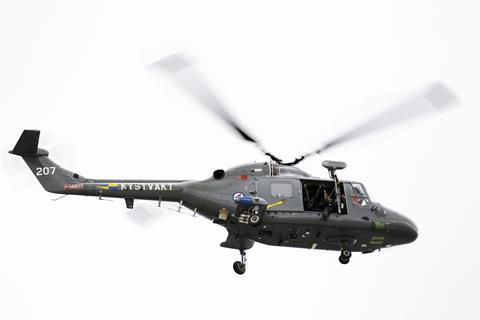 Operational evaluation of the first aircraft has gone well, without “any major issues or faults”, he adds.

“They are happy with the platform and I think it is the right size for their frigates”, which “provides a credible capability, particularly given the sensors it has”.

An additional five aircraft will follow, with the next airframe due to be handed over in April or May, says Sparkes.

Norway already has a fleet of eight NH90s which it uses for martime search and rescue and territorial water enforcement missions.

Nova has previously helped Norway with the introduction of AW101s for long-range search and rescue missions.