Norway has reversed course and determined that it will be able to use its fleet of NH Industries NH90 helicopters for both naval and coastguard operations, following a volte-face by the country's FFI defence research institute.

Earlier this year, the FFI concluded that the Royal Norwegian Air Force's eventual fleet of 14 NH90 NFHs would only generate 2,100h flight hours per year, rather than the 5,400h required to support both anti-submarine warfare and fisheries and border protection missions.

Instead of splitting the fleet – six for ASW operations and the remainder for the coastguard – the FFI recommend that all 14 should be used in the naval support role.

However, an updated study conducted by the FFI has determined that "under certain conditions" the fleet will be able to produce up to 5,400h per year.

Defence minister Frank Bakke-Jensen says that based on the new report Norway aims to be operating the NH90 for both missions by early next decade. 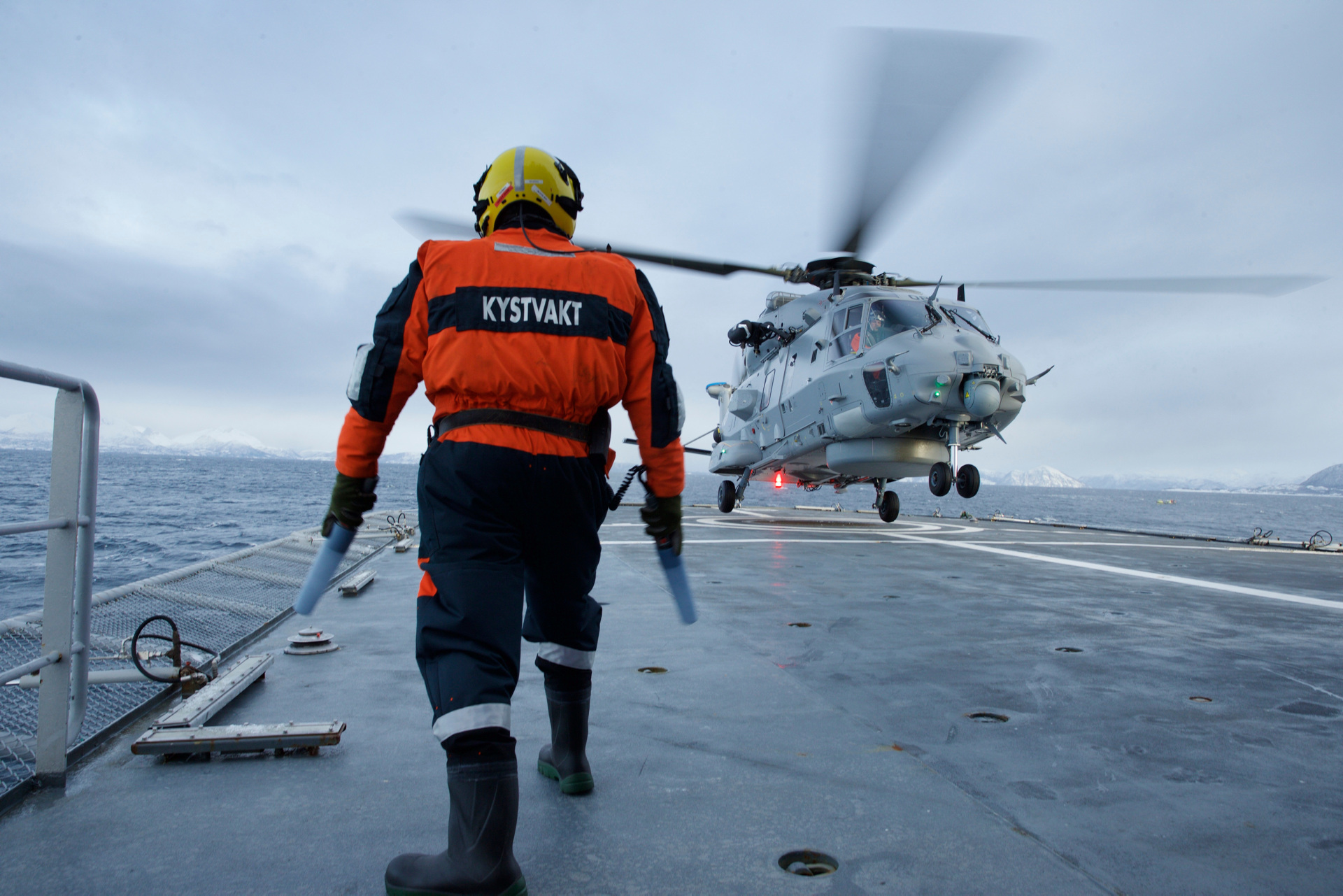 "The inauguration of the NH90 helicopter on coastguards and frigates is challenging, but we hold on to the ambition that phasing in will be completed by 2022," he says.

During the first year of operation, FFI believes that 3,900 flight hours will be possible, costing some NKr470 million ($57 million) more than forecast.

The defence ministry describes deliveries of the NH90s – which were ordered in 2001 – as "significantly delayed". Flight Fleets Analyzer records six examples in service, with eight more on order.

In addition, the ministry says: "Experience so far shows that operating costs are far higher than planned."

Nonetheless, Norway shows no sign of wanting to ditch the 11t-class helicopters: "The NH90 is customised for Norwegian conditions and tailor-made for the needs of the coastguard and the navy," says Bakke-Jensen.

"There is no other helicopter on the market today that will provide us with equivalent capacity. The expected increased operating costs and the need for the armed forces must be addressed in connection with the next long-term plan."