The 412EPX will be the ninth Bell type operated by NYPD in its history, says Bell. NYPD has operated Bell types since 1948, when a Bell 47 joined the Aviation Unit. 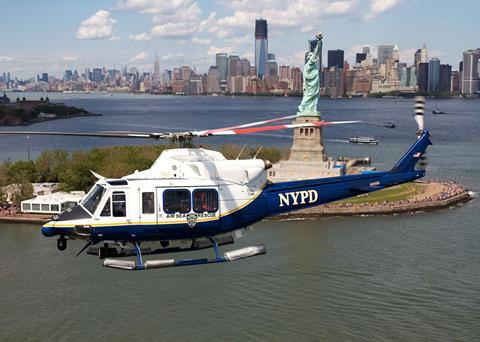 A Bell 412EP of the NYPD Aviation Unit

“The NYPD is one of the most notable law enforcement agencies in the world, and Bell is proud the Aviation Unit has selected the Subaru Bell 412EPX and continues to put its trust in Bell,” says Lane Evans, managing director, Americas.

“In addition to being highly equipped with the latest technology and avionics, the SUBARU BELL 412EPX will deliver new capabilities and readiness for critical missions.”

Bell adds that the NYPD now operates a pair of 412Eps, four 429s, and a single 407. Missions range from SAR to intelligence gathering.