The US Navy has been cleared to host demonstration flights of the Sikorsky CH-35K heavylift helicopter for additional nations, as the company eyes sales prospects beyond its long-held interest in re-equipping the air forces of Germany and Israel.

A recent approval by the secretary of the navy will lead to "international pilots flying the aircraft coming up this summer and fall", says Sikorsky president Dan Schultz. 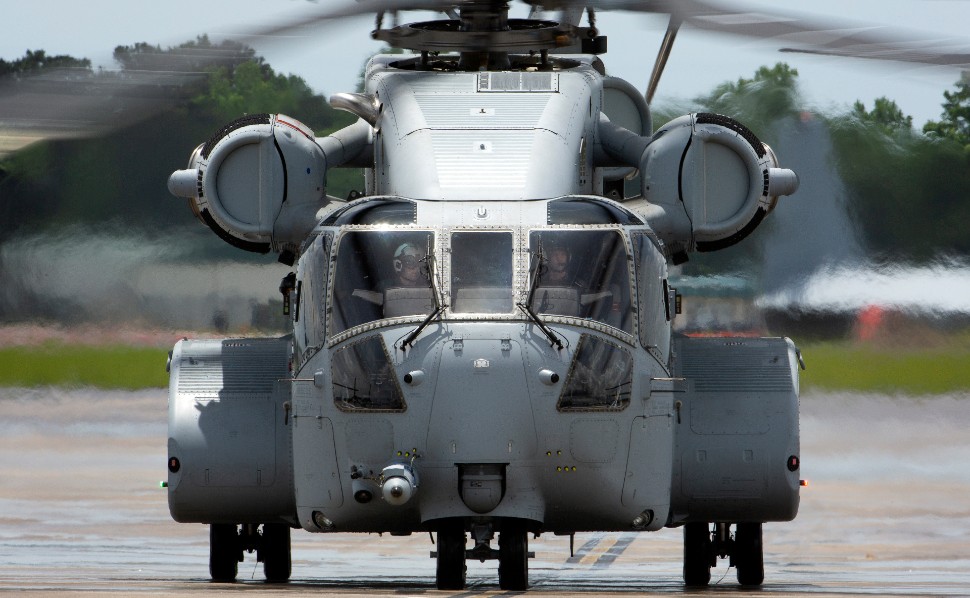 "We have received enquiries from a variety of foreign militaries," says CH-53K international capture manager Beth Parcella. While she declines to name any of these nations, she notes: "There are certainly other potential customers for this aircraft in the future."

The King Stallion is in production for the US Marine Corps, which has committed itself to eventually fielding 200 examples as replacements for its current CH-53Es. The service plans to make its first operational deployment with the new model in the 2023-2024 period.

"We've got almost 20 going down the line right now, and we're starting to see costs drop dramatically from our suppliers," Schultz says.

Sikorsky recently received a 12-unit contract worth $1.1 billion covering the programme's second and third lots of low-rate initial production, and he notes: "We are also investing in the affordability of the CH-53K. We are challenging our supply base, and they are responding very well. We have a lot of confidence we’re going to come down and meet the Marine Corps build [price], and we're going to be competitive in Germany."

Berlin is expected to issue a request for proposals this summer to Sikorsky and rival Boeing, with the latter offering its CH-47F as a potential replacement for the Luftwaffe's aged CH-53G/GA/GS fleet. Israel has yet to issue a request to acquire a new heavylift helicopter capability, but has previously expressed interest both in the King Stallion and Chinook platforms.

Meanwhile, Schultz says a joint Sikorsky and USMC flight-test campaign is "ahead of schedule in places and on schedule in others – and not behind on any", with more than 1,400h now accumulated and the three-engined type recording an availability rate of 91%. The company expects to soon fix an issue with exhaust gas ingestion encountered under some operating conditions by extending the length of the number two engine's nozzle, he adds, describing the update as "a really solid fix".