Bell continues to work through the final stages of certification testing on its 525 Relentless super-medium-twin but has declined to provide a timeline for a milestone previously scheduled for this year.

Speaking at the show today, Bell chief executive Mitch Snyder said that while a specific date is "kind of interesting", the airframer was "focused on the process right now". 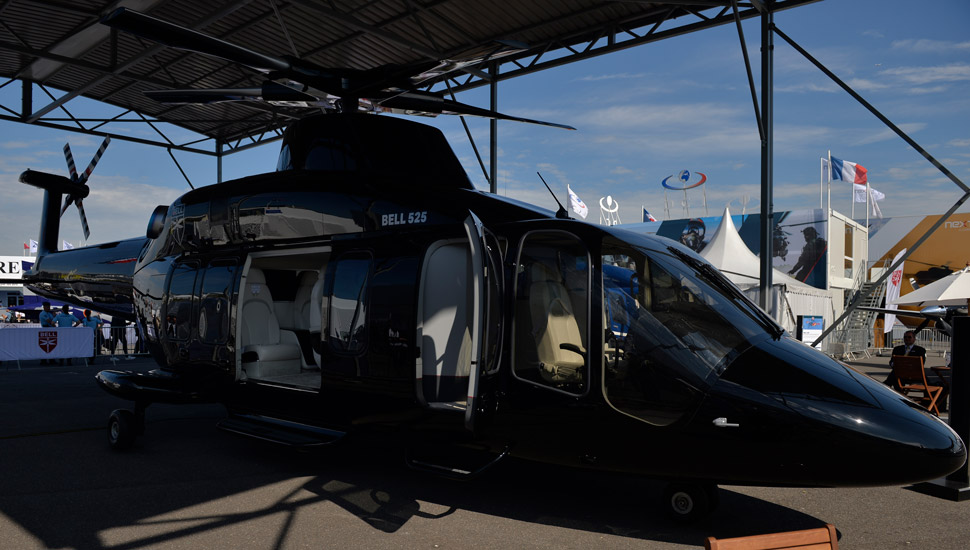 "We have to work on getting the flight testing done, the lab work done and the documentation done. We are progressing down that path.

"The date is hard to nail because it is an interactive process: we provide the data to them and then they come back to us on what the next steps are."

Snyder's lack of precision could indicate a further delay to the 525, which was originally scheduled to arrive in the 2015-2016 timeframe.

He says the 525 is likely to enter service in an offshore transport configuration "but VIP could be first as well".

He acknowledges that several potential oil and gas customers are experiencing financial difficulties – both Bristow Group and PHI are in Chapter 11 restructuring – but believes these will pass "and there are others we are talking to behind them".

Bell has also proposed technologies leveraged from the 525 for its proposal to the US Army for its Future Attack Reconnaissance Aircraft contest, which seeks a next-generation armed scout.

The decision to pitch a conventional helicopter, rather than tiltrotor or compound aircraft, for the FARA competition has surprised many, given the army's cruise speed requirement of 200kt (370km/h).

However, Snyder is unconcerned: "We believe that we are going to meet the army's requirements with a conventional helicopter based on our analysis."

Bell has revealed little detail about its FARA design – one of five downselected by the service – but points to details like the fly-by-wire controls, which it could adapt.

"When we say leveraging it doesn't mean we will pick up that exact aircraft – it's the technology we are using."