A trio of Royal Air Force Boeing Chinook HC5 transport helicopters have been deployed to Mali, where they will provide logistics support for a French-led counter-terrorism operation.

"The Chinooks will provide niche logistical support and will also help improve safety by moving troops by air, rather than ground where they are more vulnerable to attack," the Ministry of Defence says. 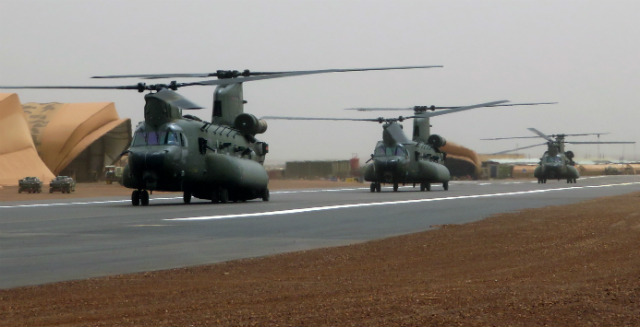 Deployed from RAF Odiham in Hampshire as part of a detachment totalling around 90 UK personnel, the rotorcraft are extended-range examples – nicknamed "fat tanks" by the service.

Flight Fleets Analyzer records the RAF as operating 54 Chinooks, with their age ranging between two and 37 years.