Sikorsky and Boeing have unveiled the SB-1 Defiant helicopter, providing a pair of images showing the rotorcraft from the front and rear.

The type had been expected to fly in 2018, but in mid-December the Sikorsky-Boeing team decided to push this into 2019.

The SB-1’s delayed first flight stemmed from unnamed issues with its powertrain system test bed that had to be fixed prior to the first flight. At least 15 hours of testing time were required to win the flight safety committees approval for the SB-1’s first sortie. 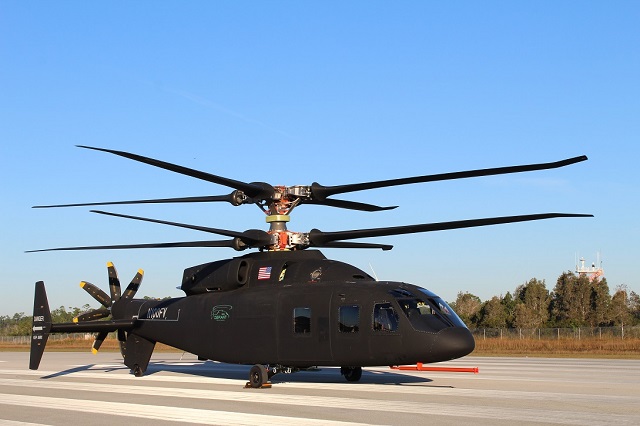 The images show the aircraft, bearing registration N100FV, on the runway at Sikorsky’s West Palm Beach factory. The emergence of the rotorcraft likely signals that the Sikorsky-Boeing team is set to embark on ground tests.

“The SB-1 DEFIANT is designed to fly at twice the speed and range of today’s conventional helicopters and offers advanced agility and manoeuvrability. It will help inform the next generation of military helicopters as part of the U.S. Army’s Future Vertical Lift (FVL) program,” says a joint statement from Boeing and Sikorsky parent Lockheed Martin.

The SB-1 uses a co-axial main rotor system to provide lift and lateral stability, and a push propeller in the tail to provide forward thrust. 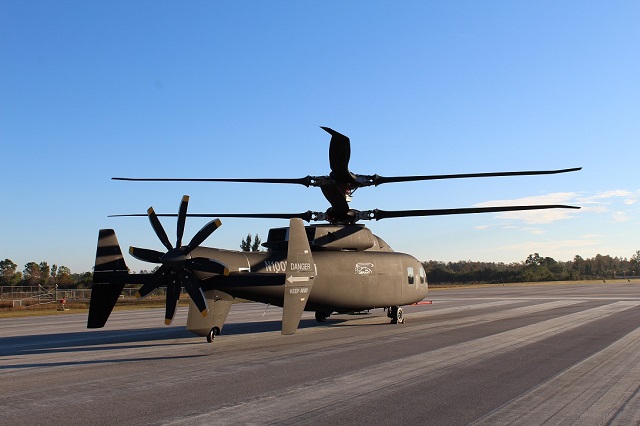 Sikorsky has extensive experience with this layout given its work on the 1970s-era S-69 and more recently the X2, which served as experimental rotorcraft from 2008 to 2011. Work on the X2 aided the development of the S-97 Raider, which the company hopes will fulfil a US Army requirement for a new scout and light attack helicopter.

The SB-1’s main rival for FVL is the Bell V-280 tiltrotor, which has been flying for about a year. On 19 December, that Bell said that testing is going well, and that work is underway to expand the type’s envelope with a focus on manoeuvrability. The V-280 also hit a top speed of 280kts in September.