Safran Helicopter Engines has unveiled a new family of turboshaft powerplants in the 2,500-3,000shp (1,860-2,240kW) range, with Leonardo Helicopters the first customer for the Aneto on an updated variant of its AW189.

The French engine specialist has been working on a new model in the space above 2,000shp since its acquisition of Rolls-Royce's 50% share of the military RTM322 programme in 2013.

"It is a complete family; we are not launching one engine, but a complete family of engines to address the market requirements," says Florent Chauvancy, Safran vice-president of heavy helicopter engine programmes.

He says that the Aneto – named after the highest mountain in the Pyrenees – will be suitable for any rotorcraft in the 8-15t-class range.

Drawing on research from Safran's Tech 3000 demonstrator programme, as well competencies brought in via its RTM322 acquisition, the company claims the Aneto will have a 25% power-to-weight ratio improvement over engines with a similar volume, as well a 15% fall in operating costs.

Leonardo Helicopters says the Aneto option will provide better performance in hot and high conditions, but has no plans to drop the GE engine.

First flight of the AW189K took place in March 2017 and the test aircraft (I-RAIH) has since accumulated about 25h in 35 flights. Certification is expected in the third quarter of next year. 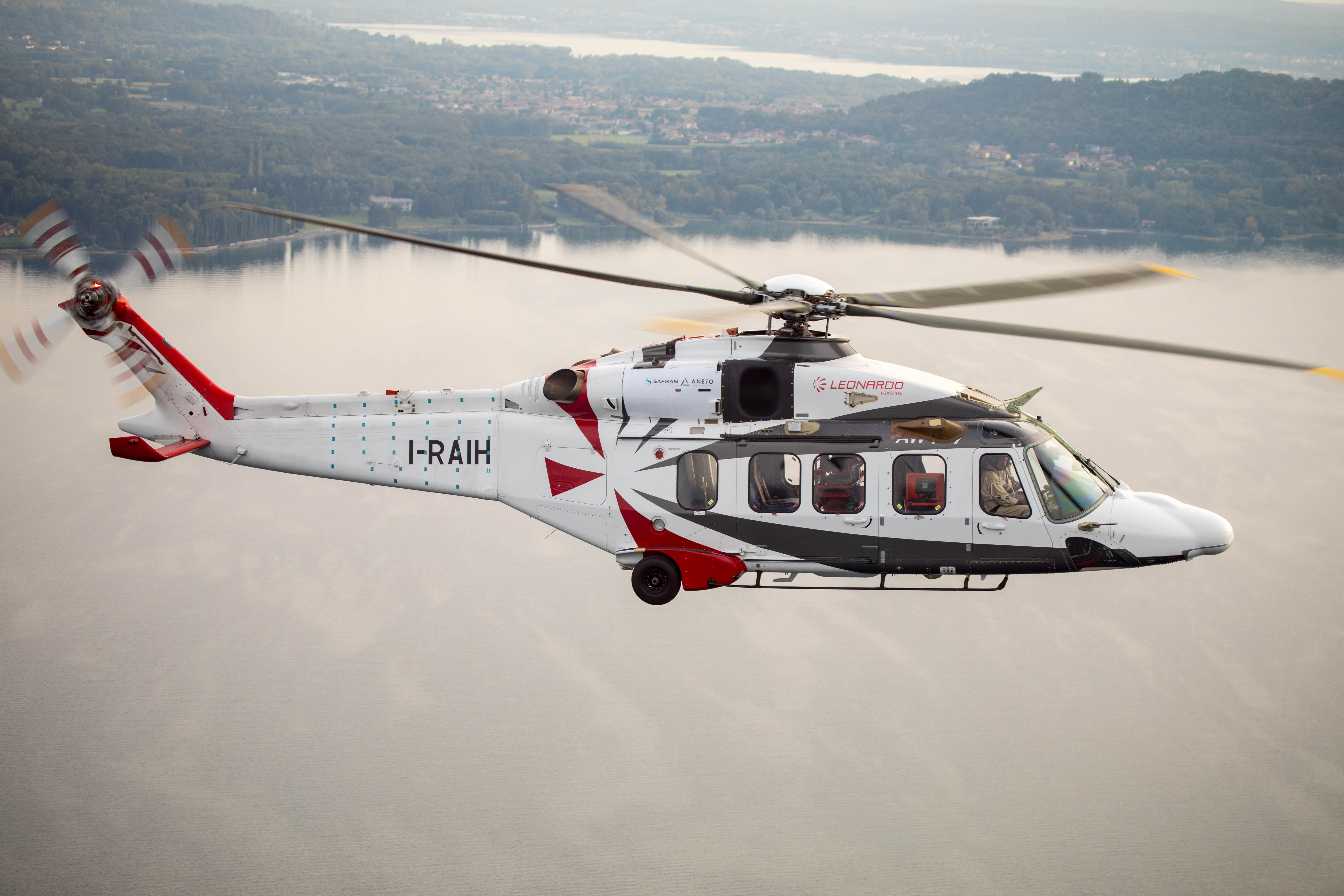 Other Aneto models will follow "beyond 2020", says Chauvancy, but he declines to detail discussions with other manufacturers.

The most obvious candidate would be the Airbus Helicopters X6, an 11t-class successor to the Makila-powered H225 currently in the concept study phase. The airframer had previously estimated service entry would come in the mid-2020s.

Chauvancy says the engine family will be able to address the market over 3,000shp, but "will not reach 3,500[shp]".

He anticipates an "intermediate" version to arrive in around 2020, with the highest-powered variant to follow later.

Safran says it has attempted to address concerns about higher operating or maintenance costs from the more powerful engine and any high-tech materials it has introduced.

"We have placed lots of emphasis into making sure [the Aneto] will have easy maintenance and low operating costs," says Chauvancy.

The Aneto features a four-stage compressor – with one centrifugal and three axial stages – a new combustion chamber featuring 3D-printed components and high-temperature-resistant materials, as well as 3D-printed inlet guide vanes and a new-generation dual-channel FADEC.

It is also compatible with stop-start technology, although this will not feature on the -1K model, which is likely to be the simplest in the range.

"Depending on the model we are talking about, the technology sets are different," says Chauvancy.

Although the Aneto has used some design features from previous models, Chauvancy is adamant that it is a brand-new engine. "It is not an RTM322 variant," he says.

Competitors are also working on clean-sheet powerplants, notably to address the requirements of the US Army's Improved Turbine Engine Program, but "we believe we bring a solution to the market earlier than they will", says Chauvancy.