Sikorsky hopes it can secure at least 200 export orders for its CH-53K King Stallion heavy-lift helicopter, with Germany and Israel its clearest near-term prospects.

Both nations are seeking to replace elderly fleets of legacy CH-53s delivered in the 1970s and late 1960s, respectively.

Sikorsky expects that Berlin will release a request for proposals (RFP) by mid-2018, with a contract likely to be awarded the following year.

Deliveries are scheduled to begin in 2023 as the country begins to retire its air force's remaining fleet of 81 CH-53GA/GS rotorcraft.

Sikorsky will face competition in Germany from the Boeing CH-47 Chinook. However, although its manufacturer is developing a Block II upgrade for the US Army, recent reports suggest that it will not be sold to international customers until 2026.

"The CH-53K will have been flying with the US Marine Corps for four years [by 2023] so when it comes to a question of maturity it will be the only mature heavy-lift platform that will be offered to Germany in that timeframe," Crisafulli says.

He acknowledges that with a unit cost of about $87 million the acquisition price of the King Stallion will be higher than that of the Chinook, but stresses that lifecycle costs over the duration of its service – likely to be 30-40 years with Germany – will be "comparable… to our two-engined competitor".

He adds: "It's more expensive than the Chinook, but it's literally twice the helicopter."

It also features a full glass cockpit and fly-by-wire controls, he adds.

Berlin has yet to indicate the quantity of helicopters it will require, but Crisafulli envisions a total procurement of about 60 units; the nation had previously requested pricing for 41 CH-53Ks.

Although Germany's previous CH-53s, dating from a 1972 contract, were assembled in-country, only sustainment activities will be localised on this occasion.

Sikorsky is "in discussions with multiple [potential] partners", Crisafulli says, noting that "nobody is out of consideration". 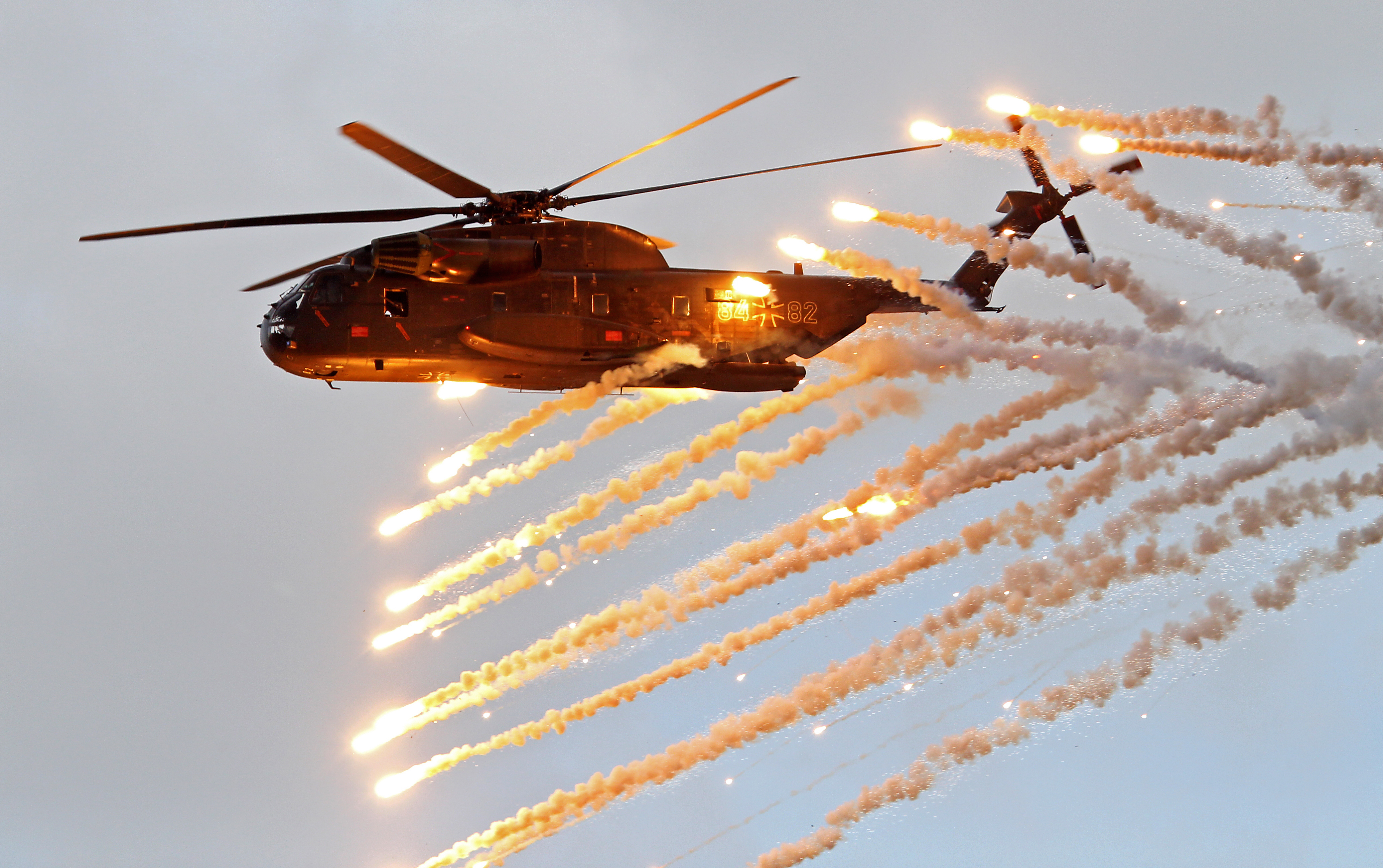 "Back in 1972 we competed against the Chinook with the -53D for the German campaign and we know how that ended up.

"We are again competing against the Chinook with a brand-new helicopter that's designed for the future and they have a patchwork of [engineering change proposals]," he says.

Sikorsky is hopeful that it will be able to display the King Stallion at next year's ILA Berlin air show.

Tel Aviv, meanwhile, is looking for deliveries to start in about 2025 as it begins the replacement of its 23-strong CH-53 "Yas'ur" fleet, with the Chinook again the other likely contender.

However, Crisafulli says Sikorsky has begun early discussions with "at least three other countries" on the CH-53K.

He hopes international sales will be "equal to or greater than" the 200 examples being procured by the USMC. "Certainly we are having talks that could indicate that it’s along that level of magnitude."