“The aircraft will enable Sikorsky to integrate an Aselsan-developed avionics suite into the Republic of Turkey’s new T70 utility helicopter, and later into Turkish-built S-70i aircraft to be sold internationally,” Sikorsky says. The companies have developed the new integrated modular avionics system (IMAS) in conjunction with Turkish Aerospace Industries and the nation’s armed forces.

Modifications will include an integrated terrain avoidance warning system, digital map and “ergonomic enhancements that will reduce pilot workload”, according to Sikorsky. The T70 will also be equipped with coupled flight controls to enable crews to make guided approaches to landing zones, it adds.

“The IMAS suite is expected in time for initial deliveries of T70 aircraft to Turkish users in 2021,” Sikorsky says. Ankara’s armed forces and other agencies will field at least 109 examples of rotorcraft under the TUHP activity, which is valued at about $3.5 billion. 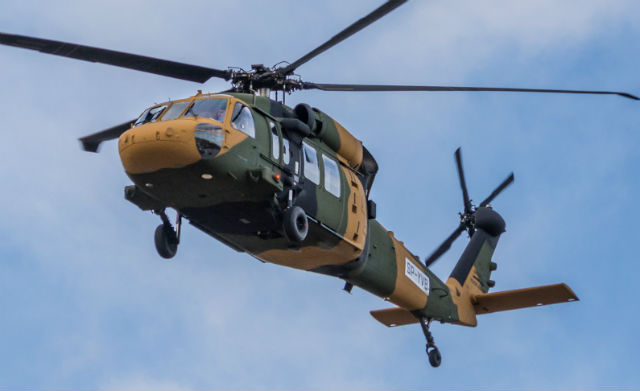