Reflecting its major investments in military helicopters for several years, the UK government’s Strategic Defence and Security Review (SDSR) contains no major surprises with regard to the rotorcraft sector.

According to the document, the UK’s armed services will, in 2025, be operating a mix of AgustaWestland AW101 Merlins and Lynx Wildcats, Airbus Helicopters Puma HC2s, Boeing CH-47 Chinooks and Boeing/AgustaWestland AH-64 Apaches – all of which types are in operational use today. It does not, however, detail the numbers of airframes to be retained, outlining only that assets will be assigned to a combined 15 operational squadrons across the Army Air Corps, Royal Air Force and Royal Navy Fleet Air Arm.

One major equipment issue which appears to be moving towards resolution concerns the Apache attack helicopters flown by the British Army. Available options include performing an extensive upgrade to 50 of its existing Block II-equivalent Apache AH1s – which would bring them to the US Army’s new-generation AH-64E standard for an estimated $3 billion – or pursuing a purchase of new-build examples. 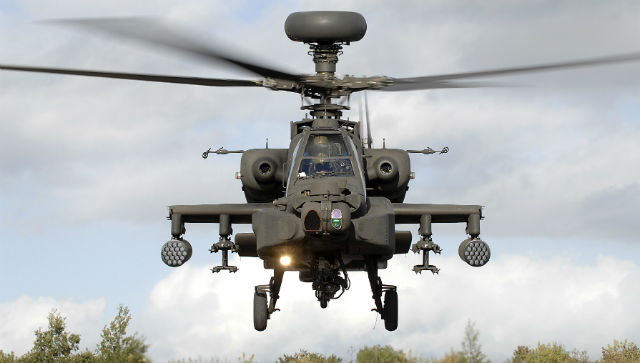 In a section which outlines the army’s status under the Joint Force 2025 model, the report says ground troops will be supported by “upgraded Apache attack and RAF Chinook support helicopters”, seemingly indicating a remanufacturing programme for the former type.

Detailing another development, the SDSR document discloses one of the RN’s two planned Queen Elizabeth-class aircraft carriers will be “enhanced”, to provide support for the Royal Marines’ Commando Brigade. This would involve embarking some of the Commando Helicopter Force’s future contingent of upgraded AW101 Merlin HC4 support helicopters.