Until recently, the RN’s 30 Merlin HM2 anti-submarine warfare helicopters were due to retire in 2029, while 25 Merlin HC4/4As, flown by the service’s Commando Helicopter Force, would follow a year later. 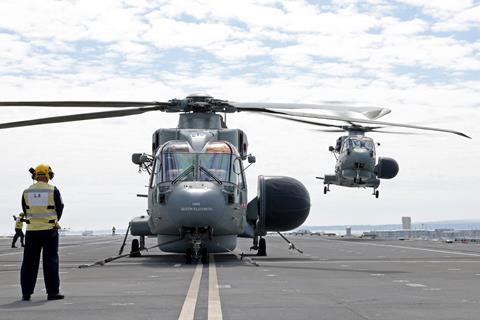 But in response to a question from FlightGlobal, the UK Ministry of Defence (MoD) says that the retirement dates have been pushed back.

“The Integrated Review and Defence Command Paper identified Merlin Mk2 and Mk4 as forming part of the Royal Navy’s contribution to Integrated Force 2030, with an extended [out-of-service date] of 2040. As such there is no follow-on programme required at this time,” the MoD states.

Although the Merlins were listed in the Command Paper, issued in March, as being part of the RN’s force in 2030, there was no indication that the out-of-service date had been extended.

Indeed, Leonardo Helicopters at the end of May indicated to journalists that although it anticipated the Merlin’s service-life would be extended, there had been no confirmation from the MoD.

However, it says that “obsolescence issues” would need to be addressed to allow the AW101s to fly until 2040. 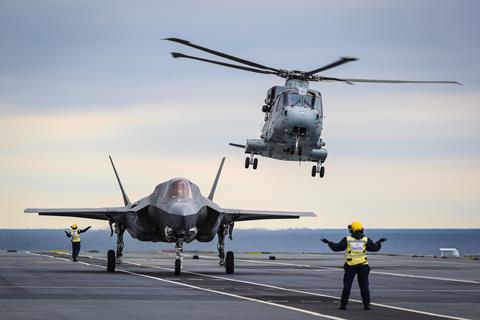 Leonardo Helicopters is currently finishing at its Yeovil, UK site the conversion of former Royal Air Force Merlin HC3/3As to the HC4/4A standard for the RN. This sees the transports gain new avionics and folding main rotors and tails.

The Crowsnest system, with radars and mission systems supplied by Thales, is still set to retire in 2029, however, just six years after full operational capability is scheduled.

MoD plans currently call for the Crowsnest AEW capability to in future be provided by unmanned aircraft. However, the ministry is also researching potential alternatives though a contest led by the Defence and Security Accelerator.