The UK Ministry of Defence has signed a two-year contract extension with Leonardo to continue research and development into a rotary wing unmanned air system (RWUAS) for use during maritime operations.

Worth £8 million ($9.8 million) and jointly funded by the two parties, the second phase of the RWUAS capability concept demonstrator activity will build on the results of an earlier round of work conducted between 2013 and 2015. These culminated with an optionally piloted development of AgustaWestland’s Polish-built SW-4 helicopter, dubbed Solo, participating in the Royal Navy’s Unmanned Warrior exercise last year. 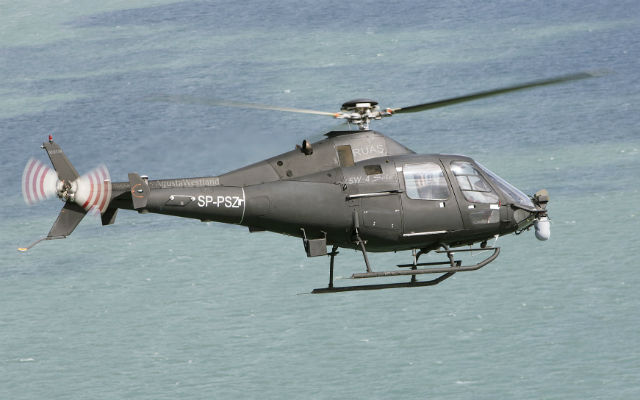 Leonardo says: “The contract aims to identify, develop and exploit the opportunities offered by emerging technologies, to reduce costs and increase the agility, flexibility, resilience and persistence of national military equipment and capability in the rotary-wing area.”

Technologies which will be further investigated during phase two include those related to sense-and-avoid and collision avoidance, bandwidth management and data dissemination, powerplants, propulsion and drive systems, Leonardo says. It will also develop “outline concepts for future VTOL [vertical take-off and landing] UAS for commercial, military and para-public applications”.

Beyond the potential application of such technologies on an unmanned rotorcraft, Leonardo says they also could be incorporated in to manned types “to enhance capability, delivery and operational safety”.