UK coastguard officials are in the process of defining the requirements to shape the country’s helicopter search and rescue (SAR) provision into the 2030s.

Bristow Helicopters operates the service under a £1.9 billion ($2.4 billion), 10-year contract that went live with an initial two bases in 2015. It uses 22 helicopters – split equally between the Leonardo AW189 and Sikorsky S-92 – spread across 10 locations. 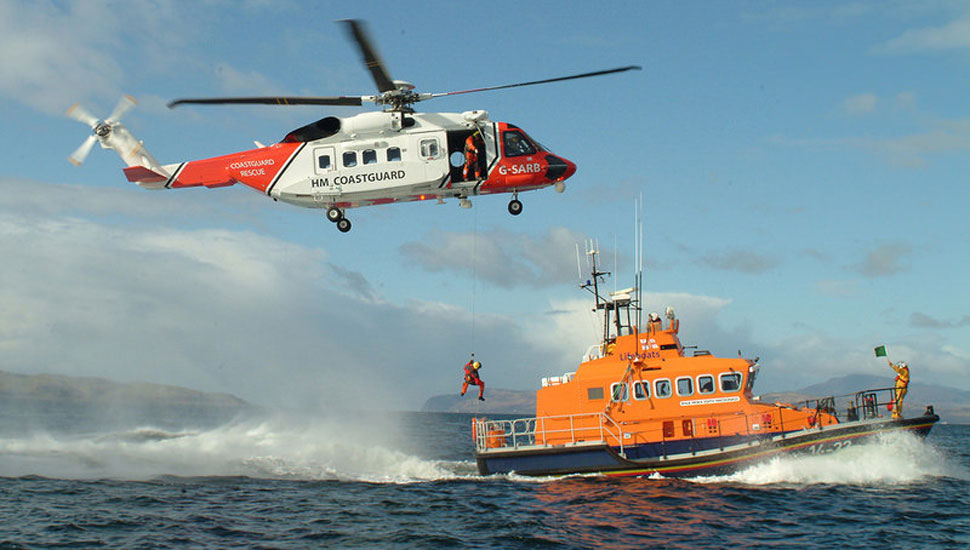 But Michael King, aviation technical lead maritime operations at the Maritime and Coastguard Agency (MCA), says all this could change in the future.

Under the MCA’s new model, it does not intend to specify prescriptive or technical requirements, but instead will present the effects or outcomes it expects.

That will even apply to the number or type of helicopters, he says: “We are agnostic. What’s the best way of providing the effect? That would be up to the bidder to supply in their solution.”

However, he notes the resilience inherent in a two-model system, particularly if one type is grounded for safety reasons. For example, late last year, the AW189 fleet was withdrawn from service for around seven days for safety checks, with additional S-92s brought in as replacements.

King was speaking at the Royal International Air Tattoo, where both helicopters were in the static display.

The current location and number of bases could also change, driven by analysis of new tasking data, rather than historic patterns from the previous military-operated SAR set-up. For example, says King, around 60% of call-outs are now on land, rather than at sea.

“Since Bristow came on line we have a truly national service and we are starting to see that spread of demand throughout the country,” he says.

King says the duration of the next contract is also still to be decided and will be determined by consultation with industry.

Unmanned air vehicles (UAVs) could also form part of any future solution. The MCA in May began a trial involving Essex Constabulary, in the southeast of England, under which the force’s drone has been used, rather than a helicopter for certain missions, such as searching for a missing person.

“We would actively encourage that embrace of technology,” says King, “finding out how it will complement the SAR service.”

Bristow is likely to face competition for the contract from other providers, including Babcock and CHC Helicopter.

In the meantime, the incumbent continues to refine its service, including the recent acquisition of a dedicated SAR air operator certificate from the UK Civil Aviation Authority.

That, says Simon Tye, SAR business development manager for Bristow – and current AW189 pilot at its base in Lydd, Kent – represents a “step change” in how the contract is run.

USA-based parent Bristow Group has been in Chapter 11 bankruptcy protection since 11 May, leading to speculation about the future of its UK subsidiary.

However, Tye insists that the financial restructuring will not affect the UK business. “It is nothing to do with this company [Bristow Helicopters]. It has not and does not affect this operation.”

Indeed, Bristow Group’s stock market filings show that the SAR operation is one of the few consistently profitable parts of the business.

King says the contract includes a contingency plan that will protect the SAR service should the provider encounter financial difficulties. However, details are “commercially sensitive”.

An MCA-commissioned review by Qinetiq of the SAR service’s implementation, released on 23 July, concludes that “the transition to the UK search and rescue helicopter service was successful” and that “anticipated benefits are either met or on track to be met”.

But the report recommends: “The introduction of a review process to manage the financial risks to MCA associated with a single commercial operator would be prudent given lessons from the Carillion collapse and recent reports regarding the financial performance of the [SAR] service provider’s parent company [Bristow Group].”