How Hagel spending plan will transform US military

The future of US military air power is coming into focus. After months of speculation, on 24 February the US Department of Defense outlined a plan to ground some of the oldest aircraft in its fleet in the coming years.

On the chopping block are the air force's Fairchild Republic A-10 ground attack and Lockheed U-2 surveillance aircraft, and the army's Bell Helicopter OH-58D Kiowa Warrior armed scouts. The DoD also intends to bolster the army’s fleet of Boeing AH-64D Apache attack helicopters with aircraft from reserve units, and may slow procurement of 24 Lockheed Martin F-35s through fiscal year 2019. 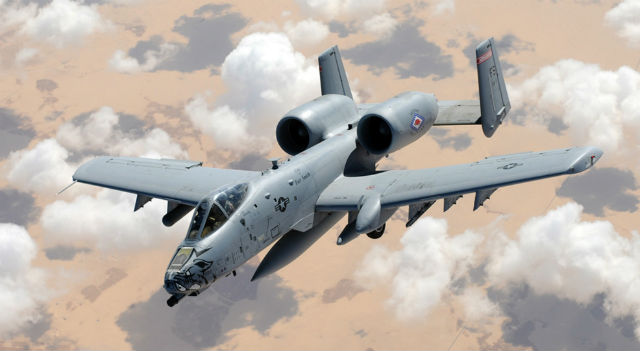 Outlined by Defense Secretary Chuck Hagel, the proposal is part of a broad contraction of the US military driven partly by budget cuts, which he describes as “irresponsible”. It also stems from an effort to modernise the nation's armed forces and prepare for emerging threats from areas like the Asia-Pacific, he adds.

“This plan balances the need to protect our national security with the need to be realistic about future budget levels,” Hagel says.

Despite the sweeping nature of the cuts, which still must be approved by Congress, defence analysts were unsurprised.

“They are prioritising the new over the old, which is the story of the Pentagon for the past hundred years,” says Richard Aboulafia, vice-president of consulting firm Teal Group.

The Pentagon has been forced to make the cuts by ongoing budget pressures set in motion by the Budget Control Act of 2011, signed by President Barack Obama. That law shaved $487 billion from the DoD’s budget over 10 years. It also triggered additional spending cuts known as the sequester, which run through 2021.

Sequestration reduced military spending by $37 billion last fiscal year and by $31 billion in this year's allocation. The cuts are expected to be $45 billion in FY2015, and will continue increasing without Congressional action.

The Pentagon’s budget is $496 billion in fiscal years 2014 and 2015. This is roughly 21% less than in fiscal year 2010, according to Mackenzie Eaglen of the American Enterprise Institute.

More details are expected when President Obama releases his FY2015 budget proposal on 4 March. Then the bill will head to Congress.

“That’s where things get complicated,” says Teal's Aboulafia, “You’ll have the age-old battle between Congress and the US Air Force.”

Older programmes will suffer, however. Hagel says the Pentagon can save $3.5 billion over five years by retiring the entire A-10 fleet and using the “more capable” F-35 for close air support in the early 2020s.

“Precision-guided munitions are carried by about every combat aircraft. It makes sense to divest a platform that can only do one mission,” Mark Gunzinger, senior fellow at the Center for Strategic and Budgetary Assessments, says of the A-10.

Hagel also settled speculation about the USAF’s plans for high-altitude reconnaissance, announcing that the DoD intends to retire its 50-year-old U-2s. This contrasts with the air force's earlier intention, stated last year, to instead divest of Northrop Grumman RQ-4 Global Hawks, which it said were more costly than the manned type to operate.

“Over the last several years, [the] DoD has been able to reduce the Global Hawk's operating costs,” Hagel says. 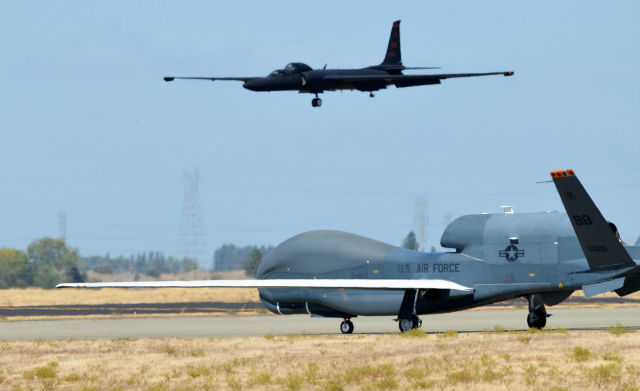 “It’s a sign [the] DoD is serious about development of an unmanned force in the future,” Gunzinger says. “This is the first time an unmanned aircraft has completely replaced a manned aircraft. This is a bit of a milestone.”

Meanwhile, the Pentagon intends to slow the growth of its armed unmanned air system fleet to 55 General Atomics Aeronautical Systems MQ-1 Predators and MQ-9 Reapers – down from a planned 65 "orbits". The USAF will continue buying the “more capable” latter type until it has an all-Reaper fleet, Hagel says.

Bell Helicopter is disappointed with the announcement, but has not received any contract changes so far to its OH-58 programme, chief executive John Garrison told reporters at the Heli-Expo convention in Anaheim, California on 24 February. The company's army aircraft have low operating costs and high operational rates, he notes. 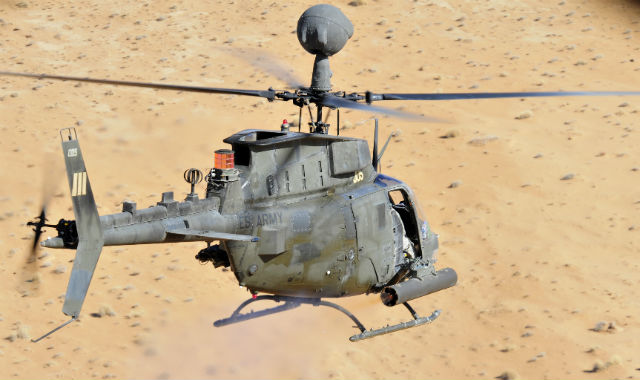 Under the transformation plan, the Army National Guard and Reserve units would also transfer Apaches to the active-duty army.

Sikorsky president Mick Maurer says that plan bodes well for the company's in-development S-97 Raider helicopter – a possible Apache replacement. “We think we have the long-term solution,” he says.

In return for Apaches, Hagel’s plan calls for the army to give some of its Sikorsky UH-60 Black Hawks to the Guard.

The swap counters the so-called “Abrams doctrine” – which stresses the importance of combat-ready reserve forces – but makes sense, says American Enterprise's Eaglen, as state governments have more need for utility aircraft like Black Hawks than Apaches. “These are exactly the kinds of corners the Pentagon has been painted into,” she adds.

If Congress does not repeal future years of sequestration the USAF must make “far more significant cuts”, including possibly retiring its McDonnell Douglas KC-10 tankers and Block 40 Global Hawks. The service could also slow its purchase of F-35As by 24 aircraft through FY2019, while the US Navy could halt procurement of the carrier-variant F-35C by two years, Hagel says.

However, the F-35 programme remained untouched by the plan, reflecting its renewed political commitment in Washington, says Eaglen. The F-35 is “coming out a big winner”, she says.