Emirates Airline president Tim Clark has again expressed concern about how airlines will cope with rising demand in the future without recourse to new Airbus A380-sized jets, warning that ticket prices could eventually rise as a consequence of fewer seats being available into slot-constrained airports.

Speaking during the IATA annual general meeting in Doha on 20 June, Clark acknowledged that Airbus “have a great stock of aeroplanes”, but said of the range-topping A350-1000: “Guys, that’s too small.”

“You need a bigger unit.” 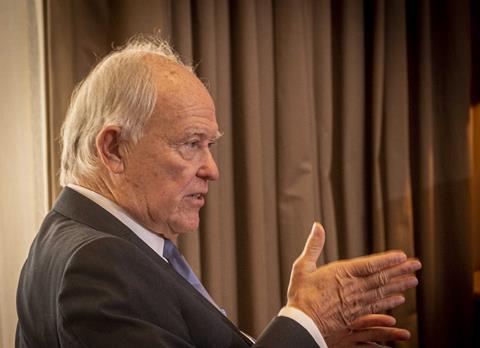 Noting that Emirates has six A380s a day flying into Heathrow, Clark says that in order to achieve the same capacity with 787s, the airline would need to operate two-and-a-half aircraft for every A380.

“What it will do is put the cost of air travel up through the roof, if you’re not careful,” Clark suggests. “So you’ve got to find a way, and I fret with this one.

“Somebody’s got to do something, honestly.”

Clark jokes that he has a new – three-engined – A380 “on the drawing board” but that he has not shown it to Airbus chief executive Guillaume Faury yet.