Indian defence minister AK Antony has requested a fresh report about allegations in Italy regarding Finmeccanica in relation to a 2010 deal for 12 AgustaWestland AW101 helicopters.

"The [defence minister] today directed his ministry officials to get a fresh report from the Indian Embassy in Rome following a media report alleging malpractices in the procurement of 12 helicopters for the VVIP communication squadrons of the Indian air force from AgustaWestland," says India's Ministry of Defence in a statement.

This is the second time Antony has requested a report related to Italian allegations against Finmeccanica, the parent company of AgustaWestland, with the first request issued in February. In March, Antony told India's parliament that there was no probe in Italy specifically related to the India AW101 deal.

However, media reports have emerged in Europe in recent days of alleged corruption in the India deal. The reports suggest that Italian prosecutors are investigationg Finmeccanica CEO Giuseppe Orsi about a possible kickback to an Italian political party Lega Nord in Italy. 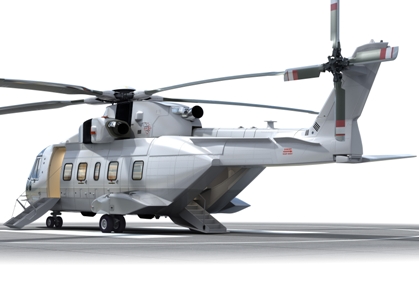 "With regard to the articles published today in the press, and specifically regarding the alleged payment of bribes by Finmeccanica to Italian political party Lega Nord, allegedly originating from a tender process won by AgustaWestland in India, we would like to state the following: Neither AgustaWestland nor Finmeccanica has paid bribes of any kind to Lega Nord."

"AgustaWestland has not engaged in irregular conduct of any kind, and has not paid commissions of any kind for the sale of AW101 helicopters to the Indian government; this was confirmed by a recent investigation by the Indian ministry of defence."

It adds that the investigations in Italy are based on "hearsay" by former Finmeccanica employee Lorenzo Borgogni, who was asked to leave the company.

The Indian ministry of defence statement concludes with the following: "It may be recalled that the contract for the procurement of the helicopters contains the standard provisions against use of undue influence and employment of agents and payment of agency commission. A pre-contract integrity pact has also been signed between AgustaWestland and [the ministry]."

"Any such complaint or allegation received will be investigated and the contractual provisions invoked, in case any wrong doing is established, in addition to action that may be required under law," it adds.