A Lockheed Martin C-130J operated by the Indian air force has crashed 72 miles west of the Indian city of Gwailor.

The aircraft had departed Agra at 10:00 local time for a training mission, says India’s ministry of defence in a brief statement. A court of enquiry into the crash has been ordered.

According to Indian media reports five air force officers were killed in the crash. 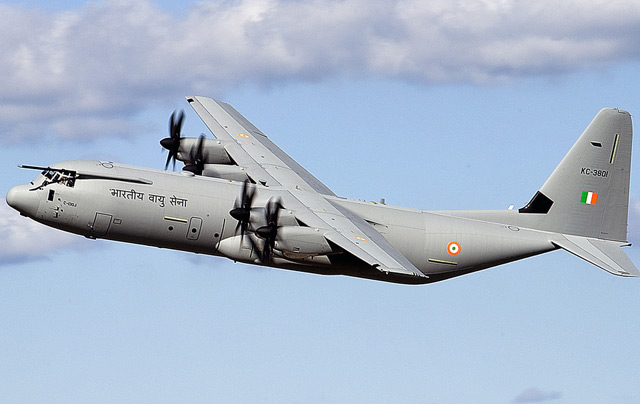 The six C-130Js delivered under the contract are based at Hindan air force base near New Delhi and are flown by 77 Sqn.

Indian air force C-130J tactical transports are configured for special mission roles and are fitted with an infrared detection set, enabling precision low-level flying, airdrops and landing in blackout conditions. The aircraft are also equipped with air-to-air refuelling capability and have been used extensively for humanitarian relief tasks, operating under austere field conditions.

This is the third crash involving the C-130J.

On 15 March 2012, a Norwegian air force C-130 crashed into a mountain. An investigation revealed that the terrain-warning settings were not adequate to detect the presence of Sweden’s Kebnekaise mountain before the aircraft collided with the peak. Owing to the high latitude, above 60°N, there was no terrain database available for the forward-looking terrain-awareness system.

In November 2009 an Italian air force C-130J crashed during a training sortie after performing a touch and go landing from Pisa.